Misunderstandings can often lead to problems with the immigration police. Read more to find out what happened to our crew!
Read Part 5 here!

Since 2.45 am we were sailing without engine once again. A blue sky, no clouds, a very good wind, a perfect direction and a very good boat speed. It was like a scene from a movie. Around noon, we noticed three turtles swimming on the surface. A little bit later, we had to bind reef one, because wind speed went up in gusts up to 24,8 knots. The meal of the day was piccata Milanese with a tomato-olive-capperi sauce and noodles.

As a dessert, we had strawberries with a sauce of rum, sugar and cocoa along with some whipped cream. Suddenly, there was a fish alert, but when we put the jib away and slowed down the boat, first the fishing lines were tangled, and then the fish was gone. At 6.50 pm, we put full sails again. What followed was a chilled sailing night. 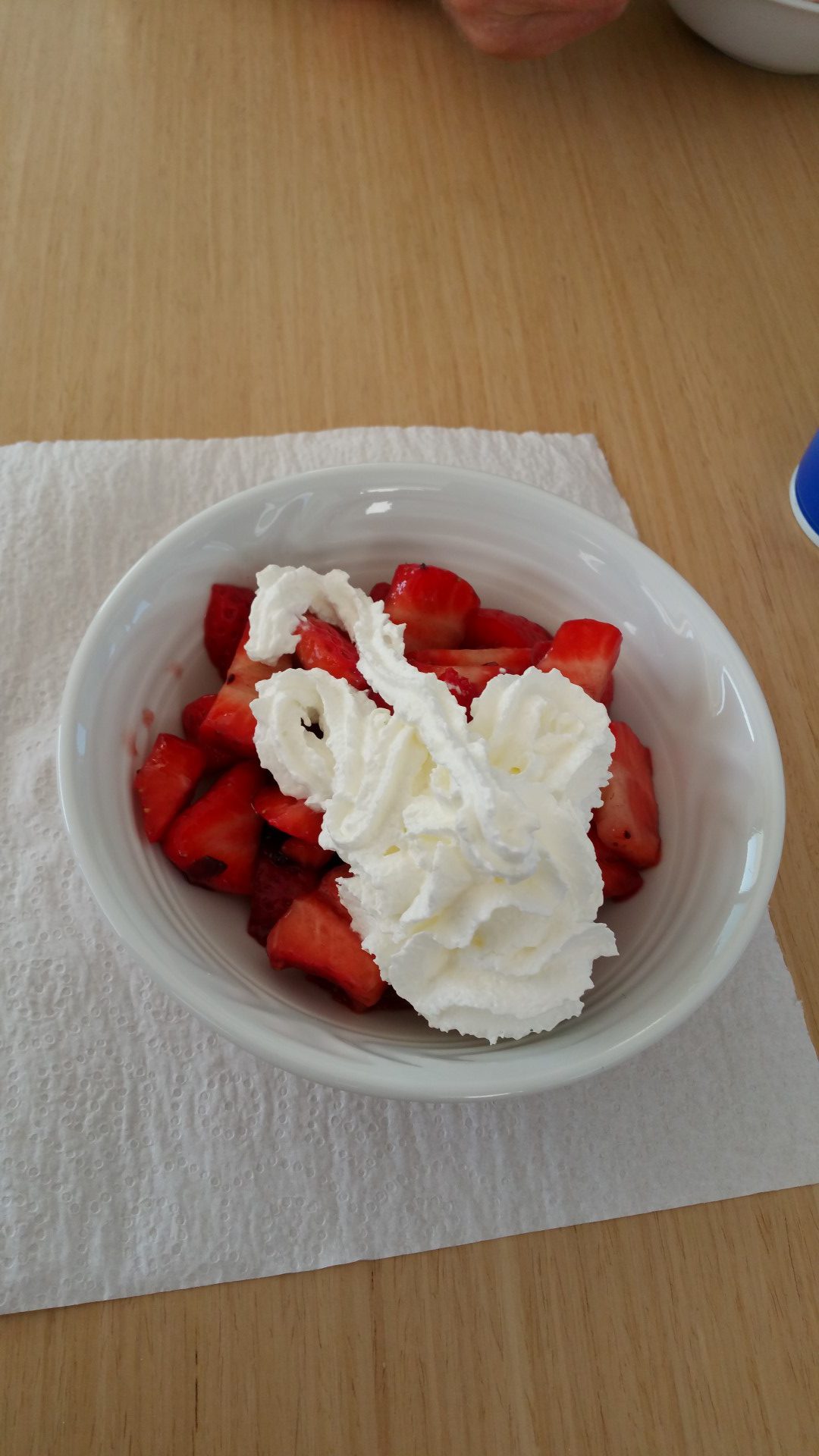 The day started the same way the last ended. Awesome sailing. At 8.50 am, reef one, at 11 am, reef also in the jib because the wind reached 28 knots. At noon, we put the sails down and moored up alongside in Ustica Harbor, a nice harbor with a small village. For dinner, we found a pizzeria which was the only place open for business. 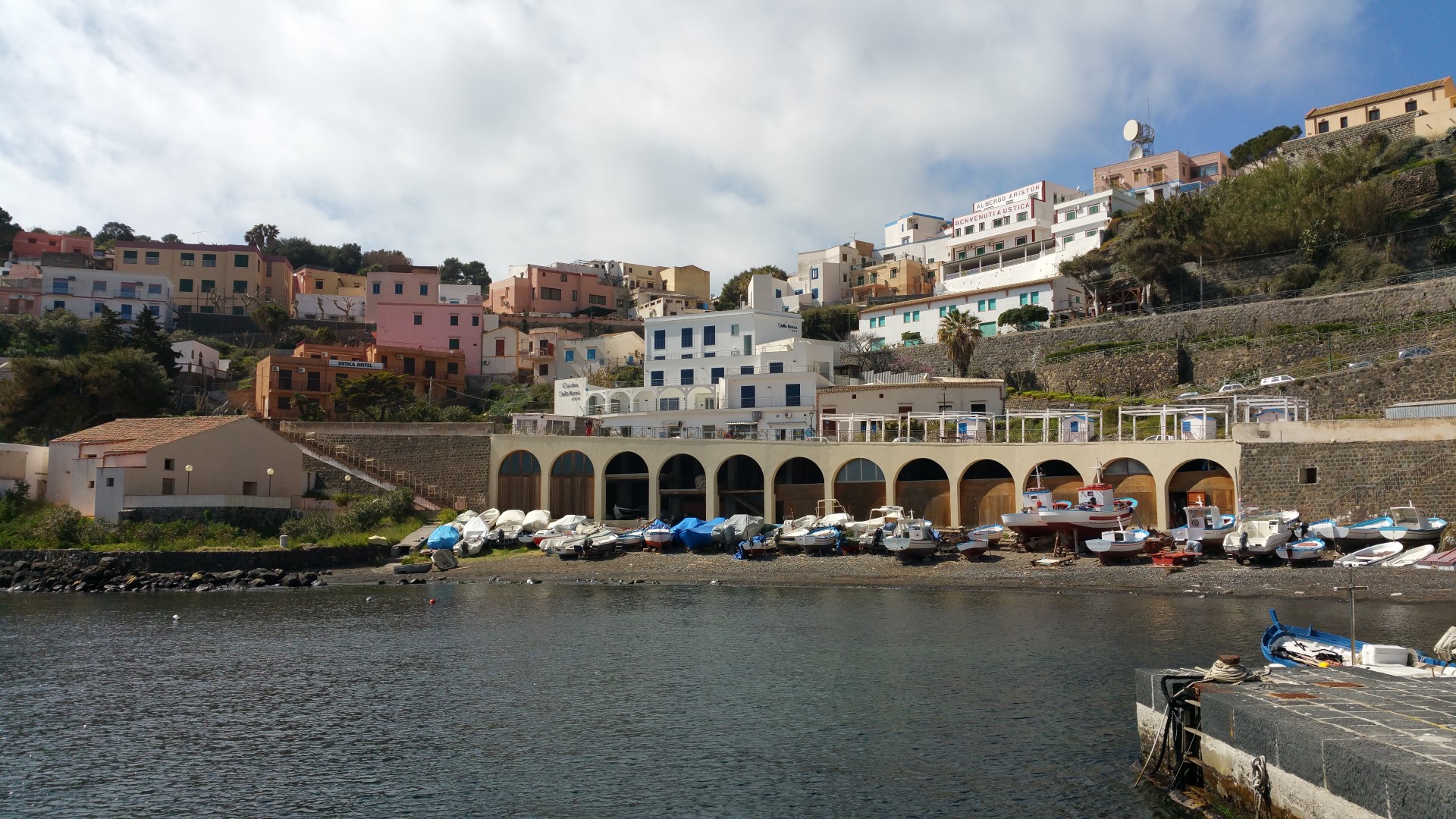 At nearly 10 am, we left Ustica after being checked by the Coast Guard. Unfortunately, there wasn’t much wind, so we had to sail with the engine on to Palermo. At 6.15 pm, we moored up in Palermo Harbor near the old town. After 748 nm covered, that was the end of leg 4.

The receptionist at the marina called the immigration police because she didn´t know how to handle a crew member with a Canadian passport. The police said that the skipper should immediately show up with all the passports and the ship papers. A mariner gave me a lift with his car. At the station, a long discussion ensued. All passports were cross-checked via police computers. Especially the Canadian passport. There was a stamp from Columbia in it, which immediately led to the question: “What does he do for a living?” In short, all these problems were caused by a misunderstanding over the phone. The lady had asked the police what she should do with a „Canadese“ passport, and the police misheard „Ghanese“. In the end, 45 minutes later, I was finally allowed to leave.

In the evening, we had a very nice farewell dinner, feasting on local food. Afterwards, there was live music in the street at a nearby café. Some of us stayed there until 2 in the morning… 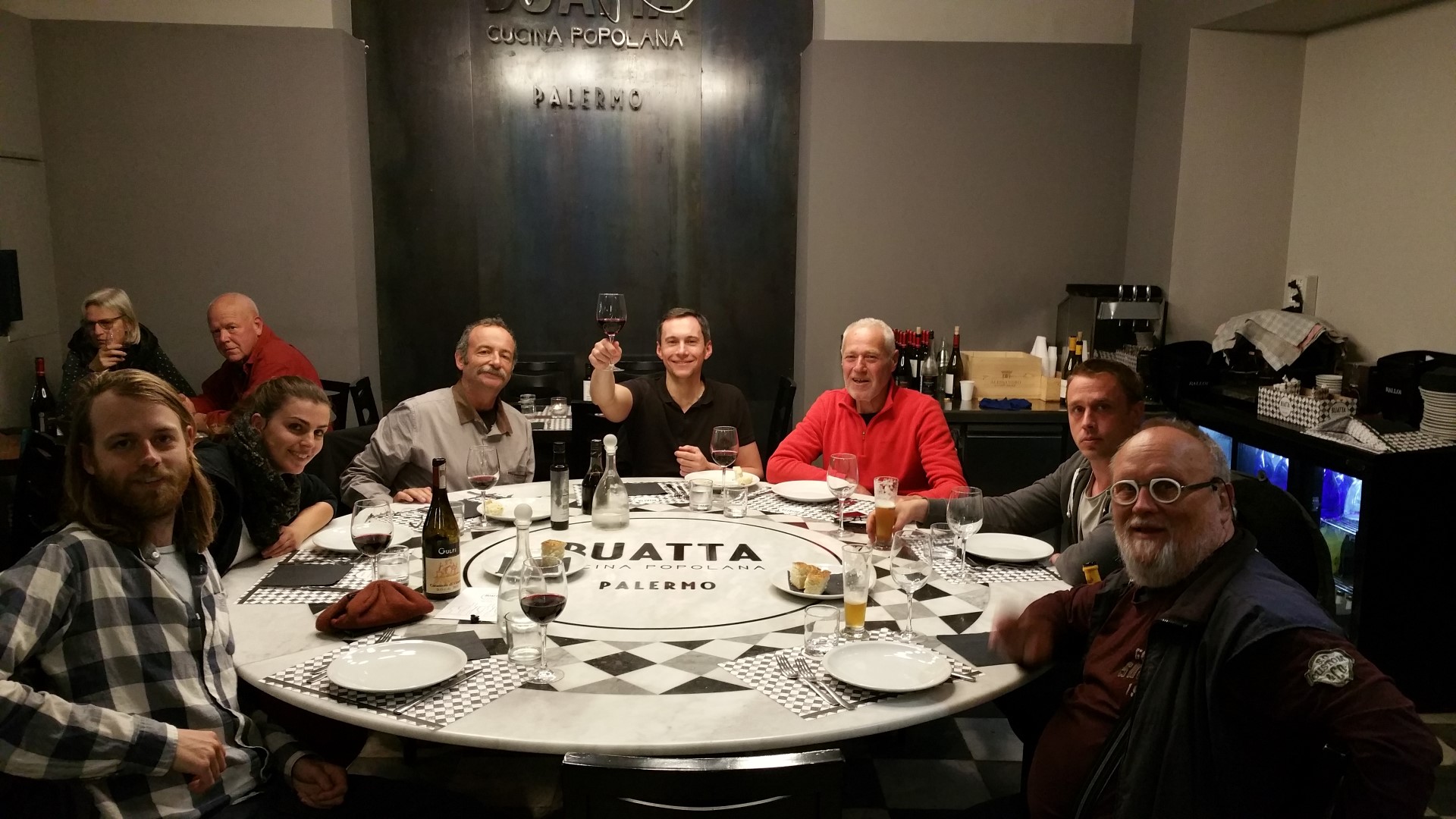 The old crew left, and the new one boarded. Our crew is now made of 4 Germans, 3 Austrians and a Belgian guy. In the evening, we had dinner at the same restaurant and got acquainted. 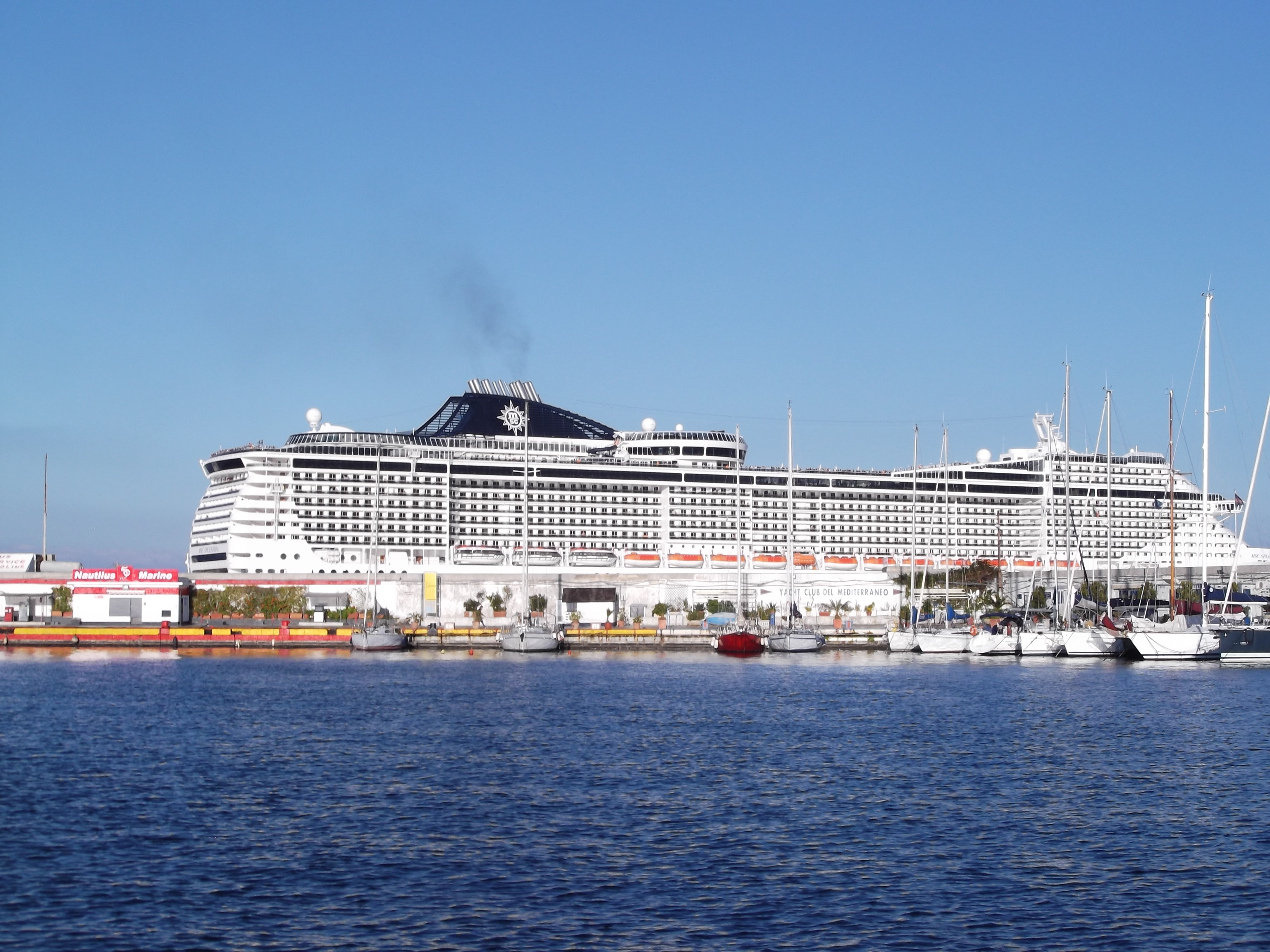 I went thought the safety and technical instruction with the new crew, while Edi and Bernhard, my co-skipper, and the only regular crew member for the entirety of the journey, went to buy provisions. Around noon we were ready to leave Palermo. 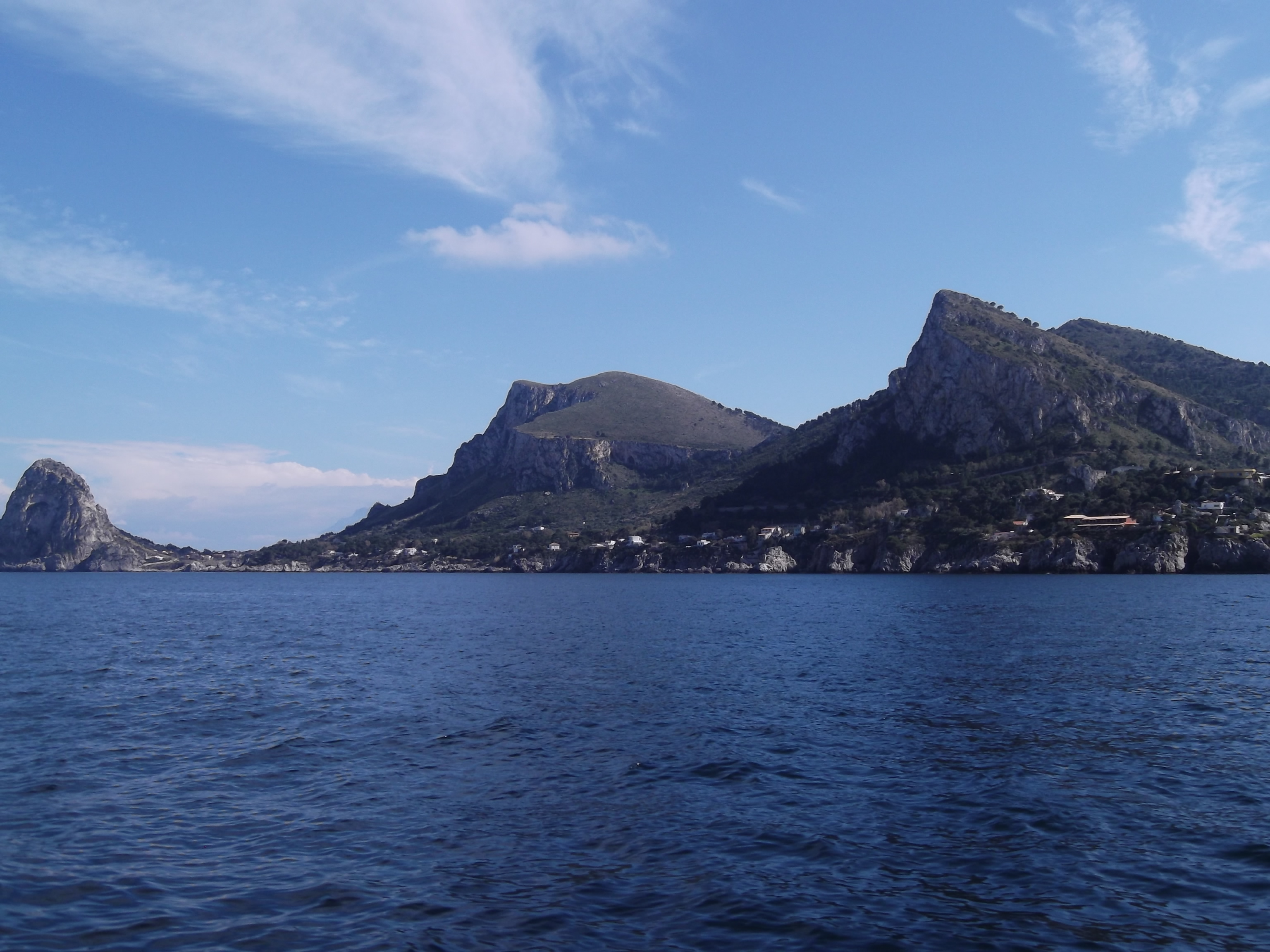 Once out of the harbor, we set sails and did a quick introduction to reefing. Unfortunately, there was so little wind that we had to start the engine very shortly. With the last light, we moored up alongside in the old harbor of Cefalù. The surrounding old city gave us a great view. Later, we took a walk down the narrow streets. 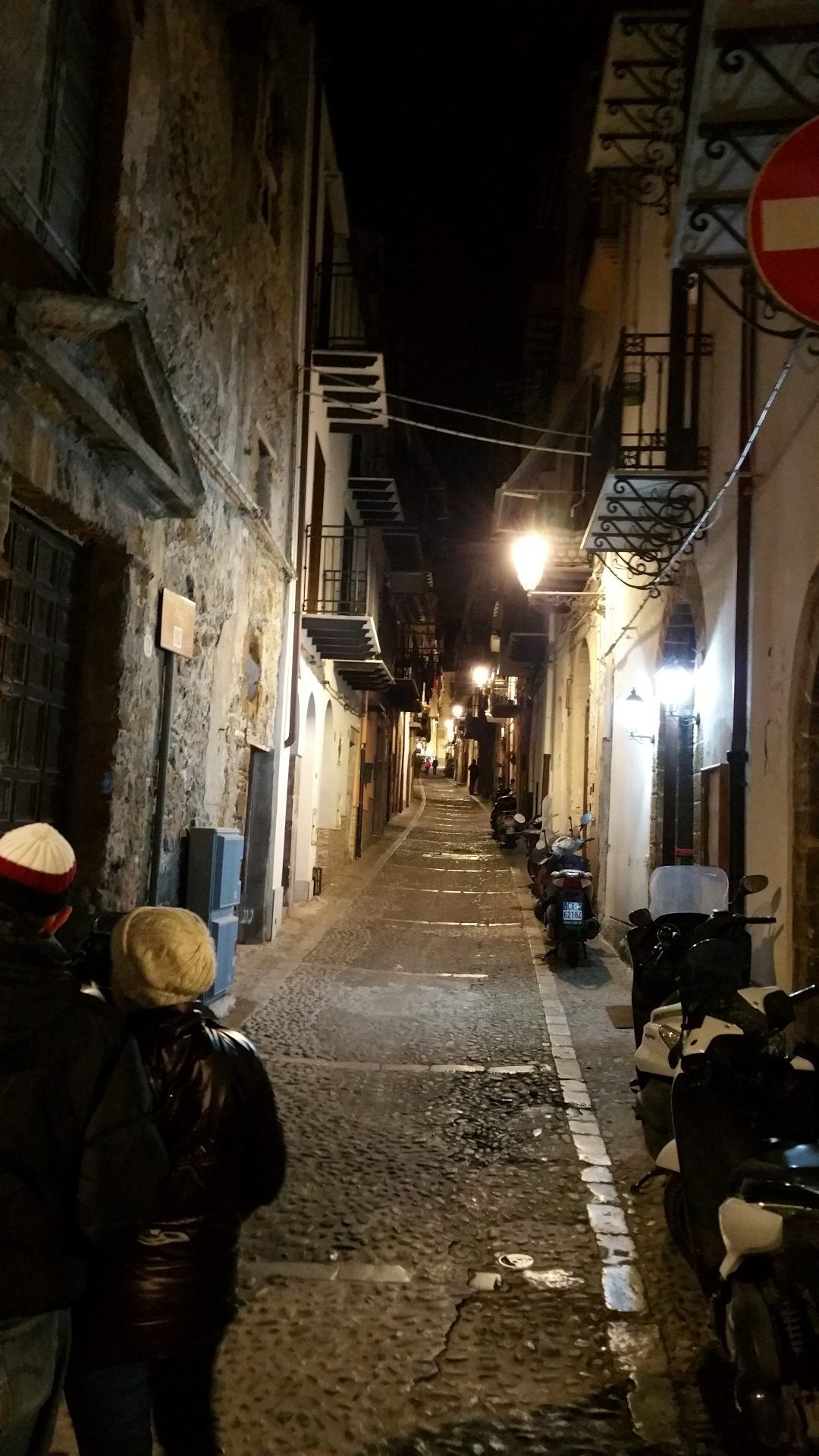 We left Cefalu after buying fresh bread early in the morning. The forecast promised no wind, so we used our engines to get to Lipari. It was a bright and sunny day, along with some haze on the horizon. The meal of the day was spaghetti carbonara. 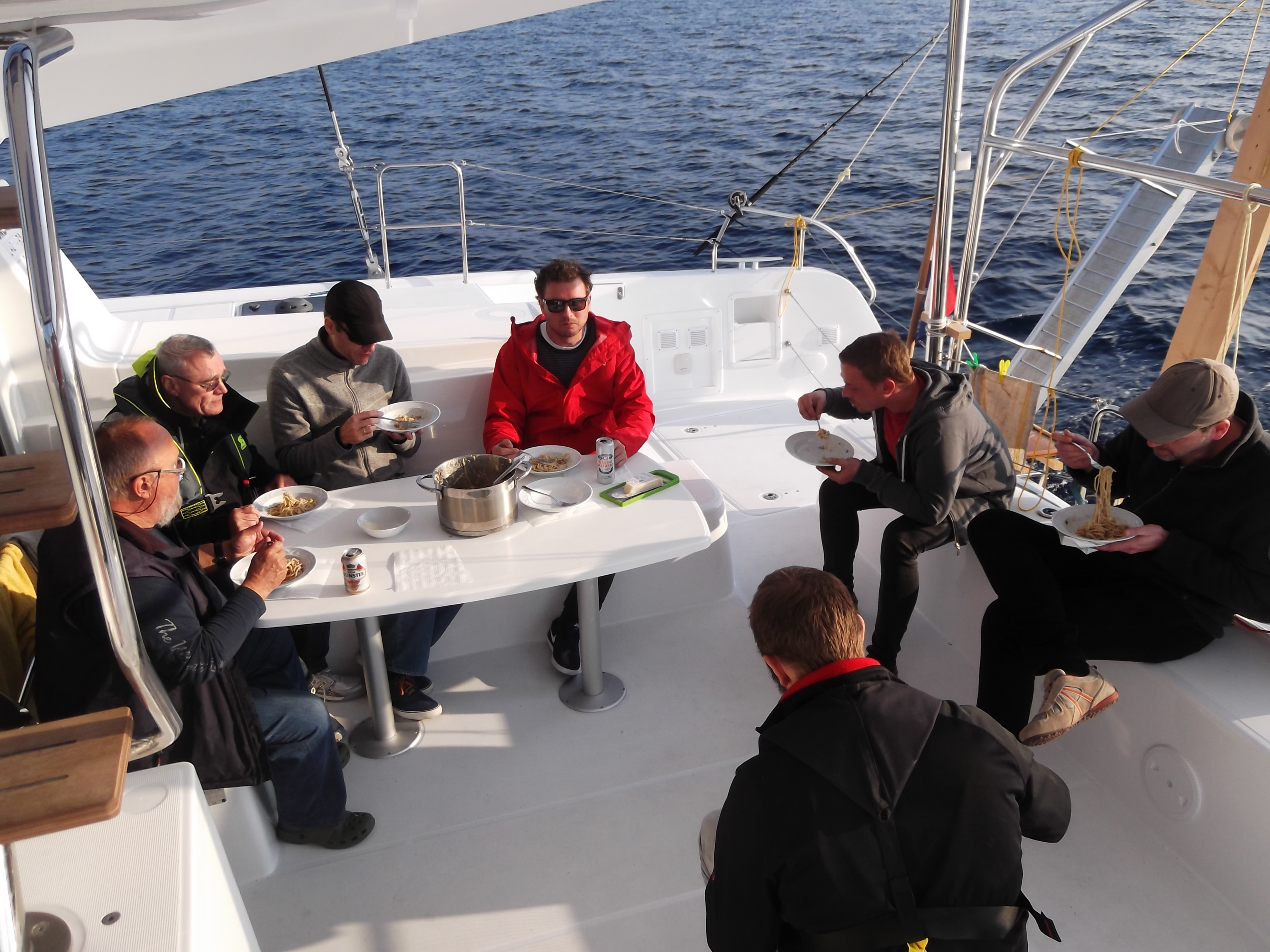 In the evening, we moored up in Pignataro Marina on Lipari. Then, the whole crews made a plan for the next few days to figure out a good time to pass the Strait of Messina with currents in our favor. The weather report for the following days wasn’t very promising: if there would be any wind at all, it would be against us. Part of the crew went to town, while the others stayed behind.

Check out the seventh chapter of our story!