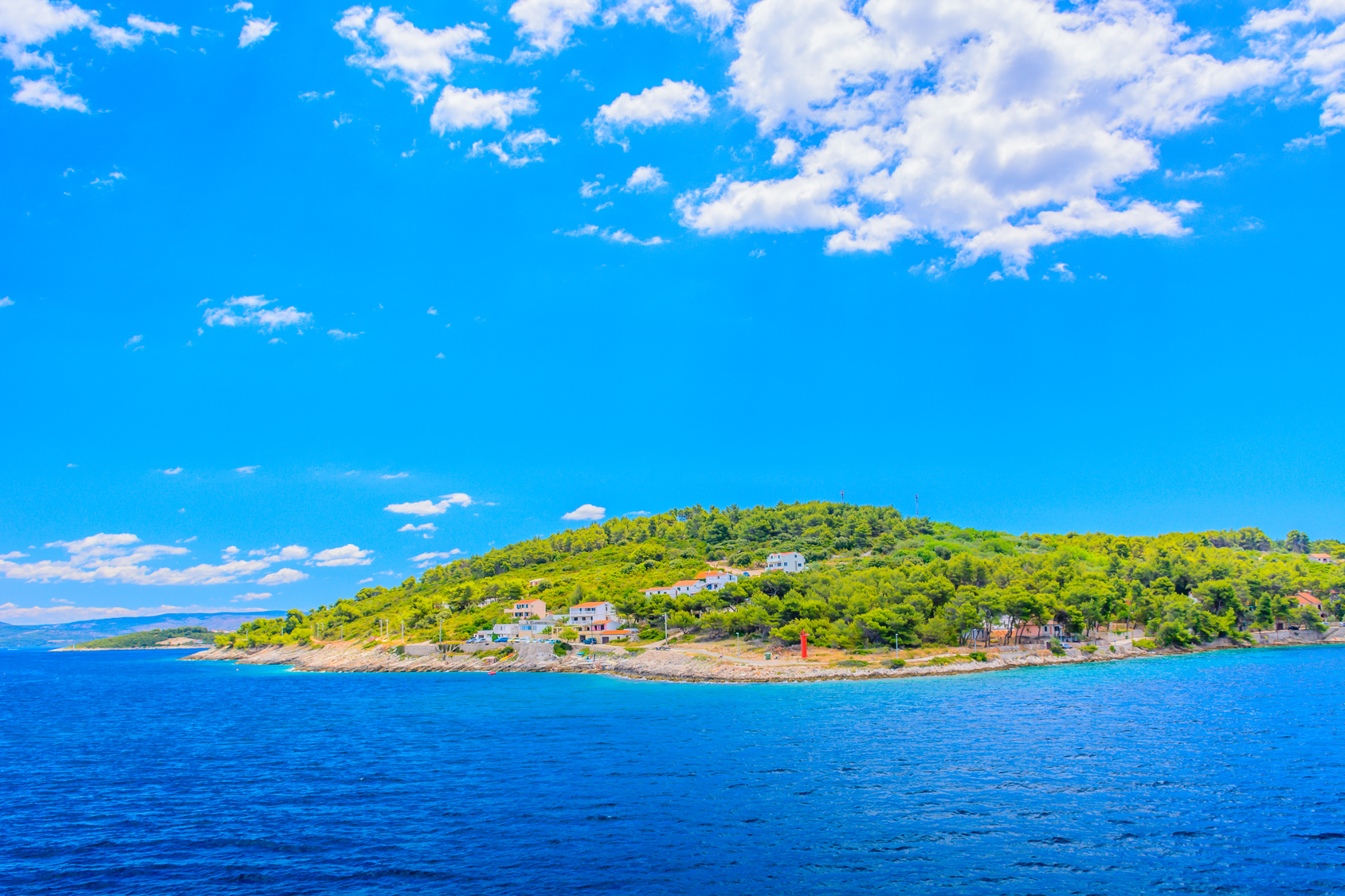 Don’t worry. You don’t have to pay for anything. The pay toll mentioned in the title is just a metaphor for Livka bay, lying on the southeast end of the island of Šolta. Since it is very suitable for a swim/lunch break, it reminds be on a pay toll on a busy motorway. In case of Livka, the motorway would be the Gate of Split – the strait between Šolta and Brač islands, probably the busiest strait in the region thanks to the popularity of the islands in the area. This southernmost bay on Šolta makes a good shelter from the northeasterly winds, but beware of strong westerly and southeasterly winds because its shores are not high enough to give you a complete protection. Anchoring here is rather pleasant if the bay is not too crowded. The bay is a natural stop to all who travel between Split region and Central Dalmatian islands such as the popular Hvar. Therefore, even without any wind the waves from numerous powerboats could disturb the idyll and annoy you while anchoring. The seabed in the middle of the bay is mostly sandy, but the anchor holds well on depths, ranging from 30-40 m in the very center to 10-15 m closer to the shore. There is a charming pebbly beach at the very end of Livka bay, usually taken by day-tourists, who come here with their rubber inflatable boats (powered with too many horse powers) from neighboring villages, such as Milna on Brač or Stomorska on Šolta. In case you approach Livka through the Gate of Split from the north, beware of the shallows around the easternmost cape of the bay, where a beacon is hidden in the bushes. On the other hand, there is a small cove on the other side of the bay, near Livka’s western cape. The depth is only 2 m, while there is room for only one boat – perfect if you are keen to have some privacy on the road! I wish you a calm sea, a fine wind and a strong mast!
Adriatic Brač Croatia Croatian islands Šolta Split