The Croatian coast is currently enjoying the opening nights of one of the most popular films in the world - Mamma Mia! Here We Go Again. The craze is real and there is only one reason why.

Where was Mamma Mia 2 filmed?

The musical comedy Mamma Mia 2 was filmed on the island of Vis, located in the Split region and just two-ferry-hours away from Summer Night City, Split. This makes Vis the farthest inhabited island from the Croatian mainland. In the critically acclaimed film, Vis represents a fictional Greek island where the mighty acting group with names such as Meryl Streep, Cher, Pierce Brosnan, Colin Firth, Andy Garcia, Amanda Seyfriend and Christine Baranski is singing to ABBA's famous hits. [caption id="attachment_7646" align="alignnone" width="1013"] 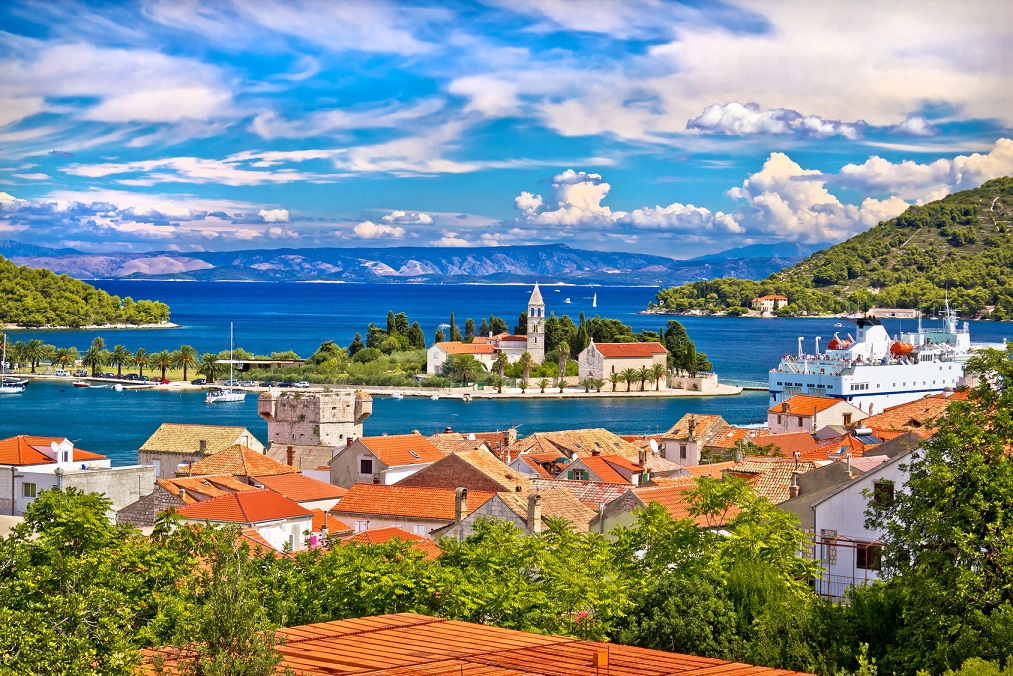 Things to do in Vis

Not-so-isolated-anymore Vis was chosen as a filming location due to its relaxed Mediterranean atmosphere, numerous bays and beaches that adorn the island from the outside, and green-brown vineyards that do the same from the inside. An important notice is that there is no rush on Vis and the locals are very proud of their de-stressed lifestyle. When mentioning the beaches, one is the Winner that Takes It All and it was proclaimed the best beach in 2016 - Stiniva. It is located on the south of the island and in between the cliffs, thus being blocked from the views from the big boats passing by. Only small vessels can squeeze inside and let people embark on this beauty, but one can also approach it by foot. [caption id="attachment_7645" align="alignnone" width="2048"] 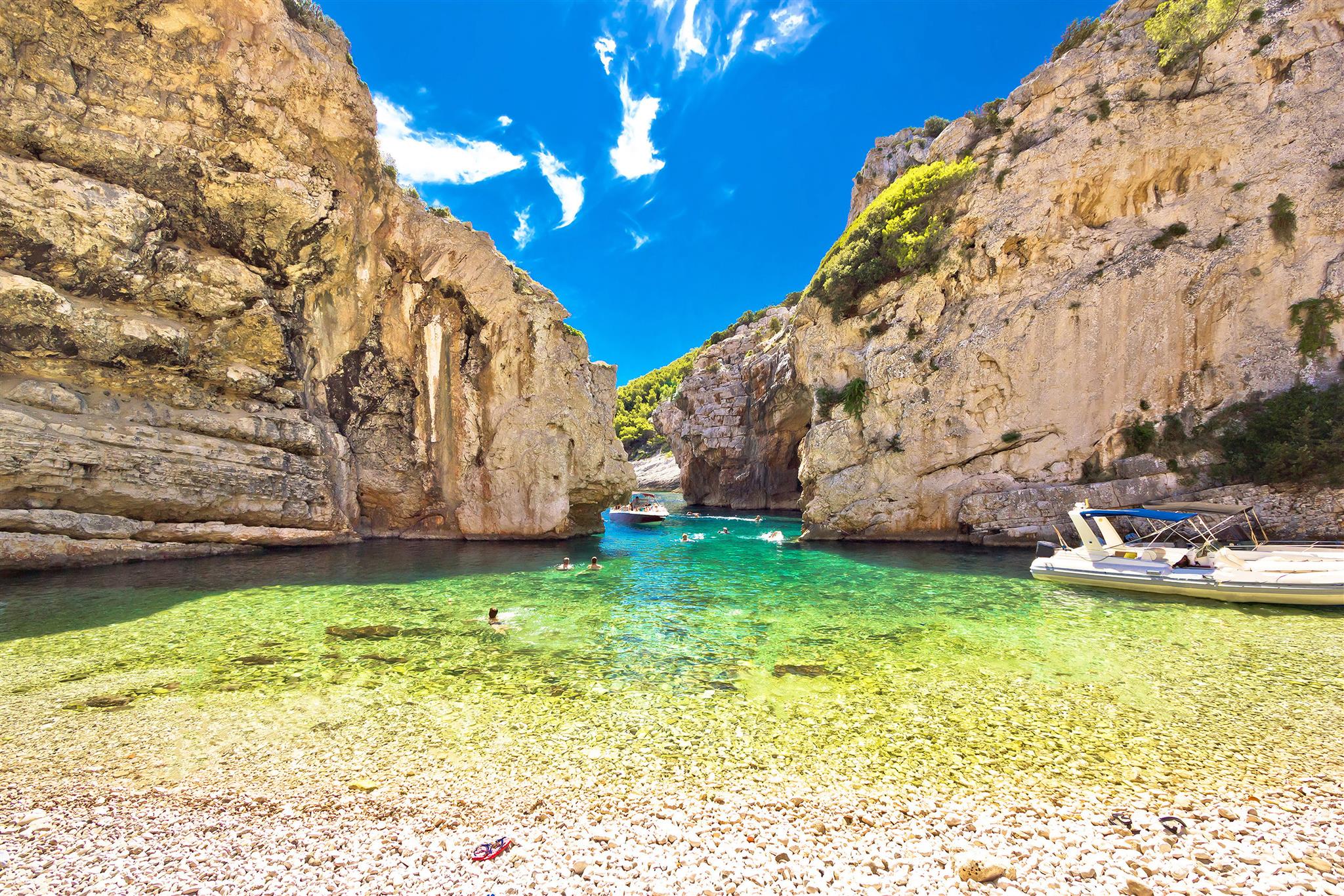 Stiniva Beach[/caption] Spending time in Vis Town means that you will see a handful of picturesque stone buildings, a Roman amphitheater, Fort George (restaurant and bar!), and an ancient Greek cemetery, as well as secret tunnels and bunker built after the World War 2. Have in mind that the marina can get crowded during July and August, especially now when ABBA fans are flocking to the destination where their favorite songs were sung. While on Vis, you must not miss going to the Blue Cave on the nearby island of Biševo. The cave is a famous tourist attraction for its particular phenomenon where the sunrays are broken down and reflected from the sunbed causing the cave to look unnaturally blue. The similar effect happens in the Green Cave on the islet of Ravnik where you are able to swim in perfectly clean green waters. [caption id="attachment_7647" align="alignnone" width="1013"] 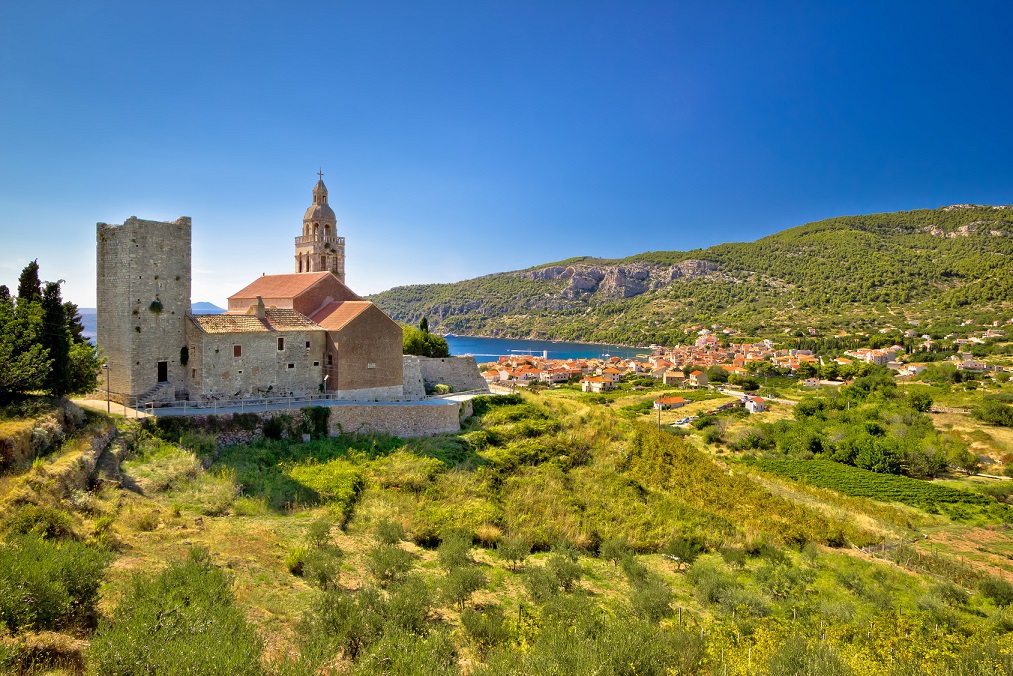 Komiža Town[/caption] Since most of the action is filmed in Komiža Town, visitors should opt for having a meal in seafront Bistro Fabrika, owned by a popular Croatian singer, Luka Nižetić. He stars in a Croatian theater-musical adaptation of Mamma Mia! This way you can Take a Chance on Luka and ask him about what happens behind the curtains. While we watch the movie, the third one (!) is already cooking. In it, Croatia will be shown in its true form - as Croatia. So if you are a fan of ABBA and like to sail, just say I Do, I Do, I Do, I Do, I Do, and see breathtaking Vis with your own eyes.
charter destination film Mamma Mia movie Vis yacht