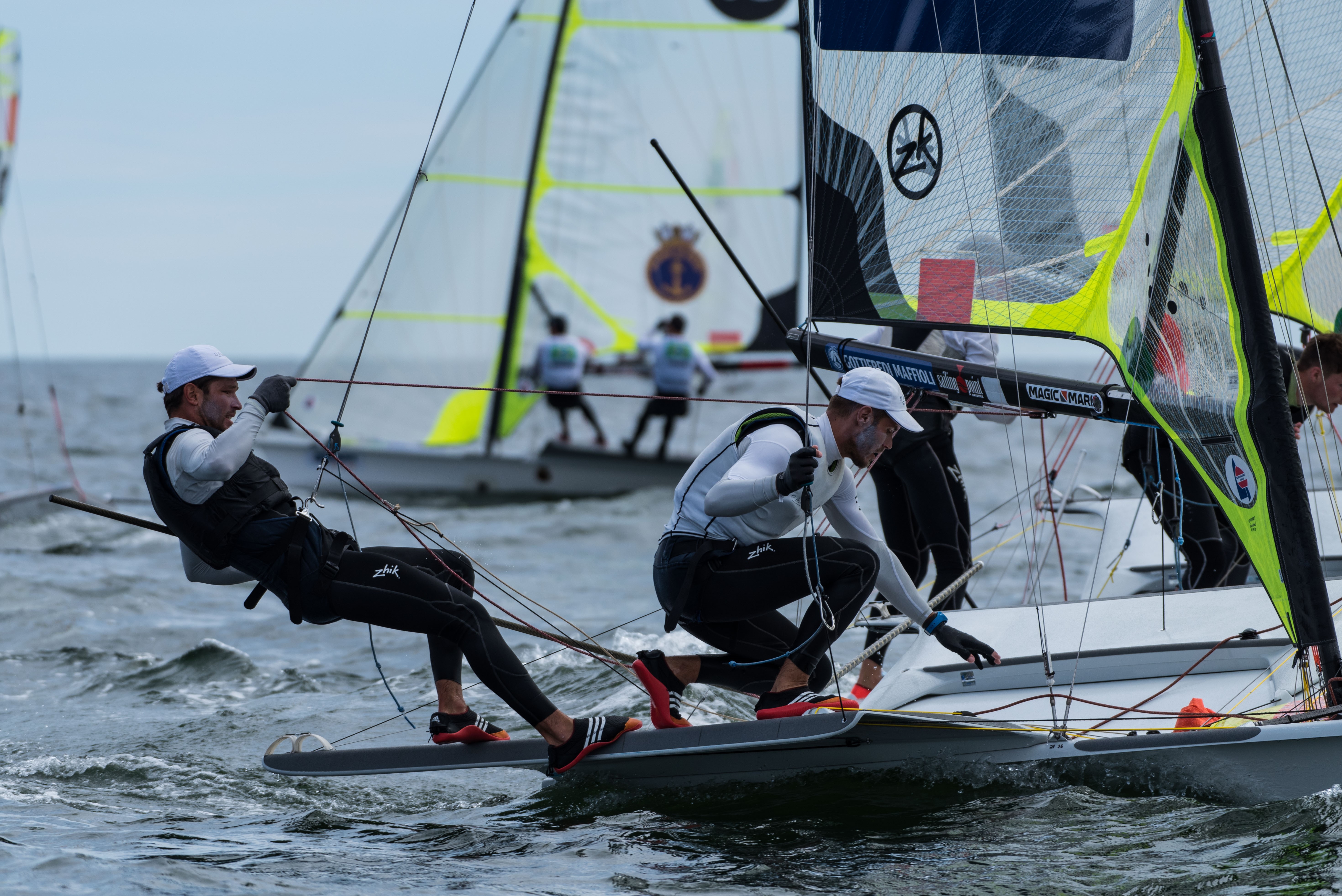 Šime Fantela is a professional Croatian sailor who won one Golden Olympic medal 2016, was world sailing champion in 2009 and in 2016 and became world champion for the 3rd time in the class 49er in 2018. He was also European champion for three times.

To begin with, can you tell us your life story? How did you start sailing and what happened between the start and the conquest of the Golden Olympic medal?

It was quite a journey. I started sailing when I was six or seven and I have won a gold Olympic medal when I was 30. It's been 24 years of sailing 15 of which I have been sailing with Igor Marenić. So, it has been quite a ride.

It all started with the Optimist class. My father was building a boat in Marina Vitrenjak and I used to play with my cousins there. There I saw the other kids sailing with the Optimists so I decided to try it out on my own. I was watching them every day so it seemed really interesting. At the same time I was playing a lot of other sports because I am pretty competitive by nature and I like sports. I was always in my backyard playing something - football, basketball, tennis; whatever was trending. I really love sports, I always have and I still do. And I got into sailing like that.

I felt that freedom on the boat, that feeling of being in the nature, feeling of being connected with the sea, feeling that you are the only one deciding where you want to go and there is nobody but you, you are your own boss and I liked that. Plus the competitive side of it, attending regattas, travelling, competing against people from different countries which brought me even closer to sailing. First results came when I was 12 or 13. The first bronze medal on the world championship and then gold in the Optimist class. I knew that sailing is my sport, that I want to continue sailing and achieve even more. When I was 15 Igor and I decided to start sailing together.

It brought big changes in his life because he had to move from Cres to Zadar. He needed to change his life, his school and his friends in order for our project to succeed and for that big sacrifice to pay out because we won 13 medals on world and European competitions, as well as the Olympics. We have two gold medals from world championships, one silver, three bronze, three European gold medals and a lot more from the Mediterranean Games. Our hard work has paid off and we enjoyed sailing in the 470 class. Then the need for change has come, for something new and then I decided to get into the 49er class with my brother.

When did you first get on the sailboat?

When I was six. It was a time of war so we were sailing when we could during the summer. We were refugees during the war, we started training with full capacity, full program, first real trainings, regattas and competitions in 1996.

Do you just sail at the competitions or do you like relax sailing? Do you own a ship? What are your favorite sailing destinations in Croatia?

I like to relax, too. One of the best types of vacation for me is cruising the Adriatic on a sailboat with friends. Nothing can replace that, so I am constantly returning to the boat even when I am not competing to sail bay-to-bay.

I don't own a boat. I don't even own a sailboat because the club is the owner. I like to relax in the Zadar archipelago. Kornati, Dugi otok, Lastovo, Vis and Korčula are my favourite places. By origin, I am originally from Lastovo; my father was born there so it is the island I like to visit on my vacation. Vis is also a beautiful island that I often visit.

Since when are you and Mihovil a team?

Early 2017 we started with first trainings together and the first regatta in which we were competing as team was in June of the same year. After the Olympic Games in Rio, I have decided for some kind of a change and I started thinking what to do. The class 49er was the logical choice for me so I decided to do it with my brother Mihovil because he was perfect for that class. He's strong, tall, he's physically ready for it because he's been competing in the class RS:X. We were the perfect combination for the 49er class.

What is the difference between the class in which you won gold at the Olympic Games and in which you are now competing with your brother? How hard was it to adjust?

The biggest difference is in boat characteristics. This one has two trapezes, it's a lot faster, it's more attractive and more difficult to handle under normal conditions. On the other hand, 470 is tehnically more demanding, it requires a bit more knowledge about technical specifications of the boat, it has a a lot more gear and things to research before choosing the gear that will suit the sailing crew the best. Those are two main differences. And once you have mastered both boat types and when you're satisfied with the speed, then you're left only with sailing which is pretty much the same in every class. You must know the wind, challenge your opponents and find your course.

I knew what I was in for, but I enjoyed the process of learning and I still am enjoying it because I have a lot to master. It is a process that lasts, but it is the reason I love sailing because not one day is as same as the next. Every training is different, every regatta is different which is the essence of sailing.

What is it like to win a Golden Olympic medal?

One of the best feelings in the world for sure. To climb that throne and realize that you did something spectacular, something that all of the world watches, something every athlete is training so hard to achieve is something out of this world. You know that you didn't make a mistake, that you won a gold medal and that all of that hard work that you've put all of your life into has paid out is undescribable.

What are the ambitions for Tokyo? Are you ready to defend the throne?

When Mihovil and I started sailing together, the idea was to try and bring back a medal from Tokyo. We're training hard, we're getting ready and we know what we need to do to achieve this. But we're also enjoying the process throughout.

What is the state of sailing in the world? Are there any new names or teams that that could be "dangerous"?

I am a lot more involved with Olympic sailing than with professional sailing. In Olympic sailing there are a lot of new teams that are coming. Each class has 10-15 people which are really good, which are always competing for medals in the Olympic games. So one need to find a formula to outsmart the opponent.

And professional sailing is really interesting. New classes are coming almost daily especially now with this foiling boats. It looks very attractive and I hope I will get a chance to compete in one of those someday.

What will you do when you are no longer professionally engaged in sailing?

We're still in Olympic sailing which is amateur, so after we're done with that, we will compete in professional sailing, in the professional teams and hopefully, we'll be able to make a living with sailing. And what we'll do after that, it's hard to say. We're still not thinking about that.