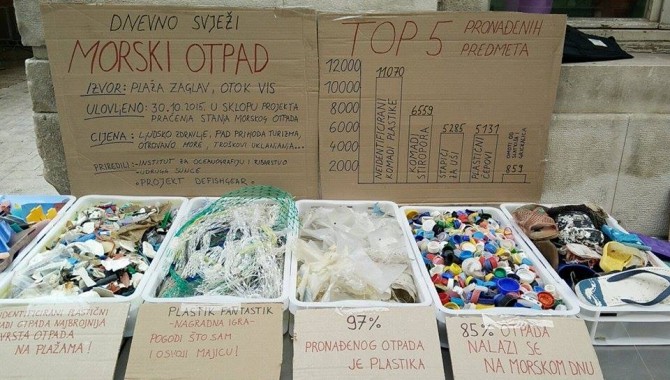 Going to a fish market in Dalmatia is not just a daily or weekly routine. Fish markets are usually a must-visit place at the Croatian seaside. Under the cover of buying fish for lunch, you can hear the latest news. The subjects range from the local gossip to global political and economic situation. I believe that fish markets in the entire Mediterranean, not just the Adriatic, are the vital points of local social life. The fish market in the Croatian town of Split has recently included two stands full of extraordinary and original products from the range of “delivered by the sea”. The offer consisted of all sorts of plastic packages, bottle caps in all colors, Styrofoam boxes, a variety of disposed medical equipment, mainly syringes and needles of various sizes and purposes. 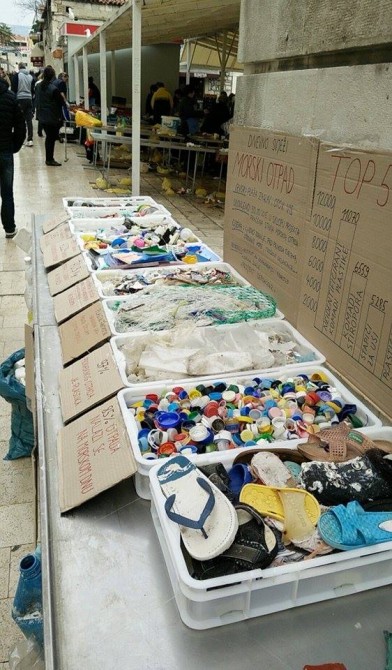 Source: h-alter.org This range of “all that the sea offers” was actually a message to decision makers and general public to raise awareness about our relation to the sea and nature in general. The selection of garbage offered as seafood was gathered on the 100 m long line of Zaglav beach on Vis island during one year. In total, 42,224 items of litter were gathered, and 97% of it was made of plastic. The sea pollution problem seems to be larger than expected, since the total weight of litter gathered in a single year amounts to stunning 706 kg, while its content indicates that a lot of it also comes from our Adriatic neighbors, brought by sea currents and winds. This pilot “delivered by the sea” action was undertaken by the Association for Nautre, Environment and Sustainable Development “Sunce” (the sun) from Split, as a part of an international initiative for monitoring sea pollution and garbage called DeFishGear. A multidisciplinary team that has gathered around this project claims that solving this complex problem requires immediate multilevel action. The general waste management should include a reduced generation of waste, recycling and constant pressure on politicians. 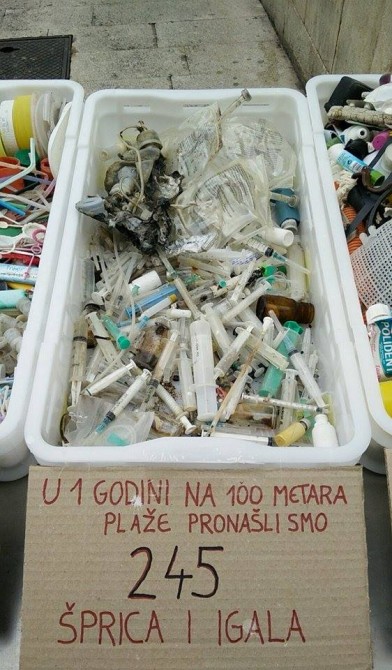 Source: h-alter.org On the personal level, we can do a lot to contribute to solving this problem, not only in the sense that we think about what we throw and where we throw it, but also in the sense that we pick up garbage wherever we drop the anchor for a swim break. For example, my very good friend from Vis picks garbage with her husband every time they visit their favorite beach Tepluš. They neighbors say to them that they are doing senseless work because the beach will be full of garbage as soon as the next jugo (a southern wind) blows. She usually answers that she does not care about the effort as long as she can help saving a sea turtle, a dolphin or any other endangered sea animal… [caption id="attachment_3589" align="alignnone" width="890"] 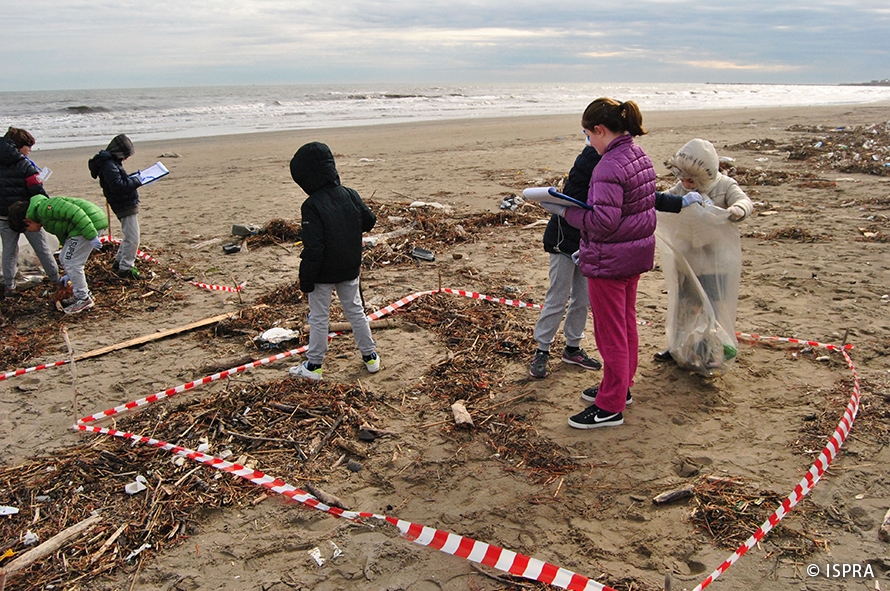 Source: defishgear.net[/caption] At the end of the day, plastic never gets fully decomposed, but is just disintegrated into smaller pieces eaten by sea organisms. Think of the amount of plastic that we consume when enjoying seafood specialties... I wish you a calm sea, a fair wind and a strong mast!
Croatia Croatian islands ecology Vis