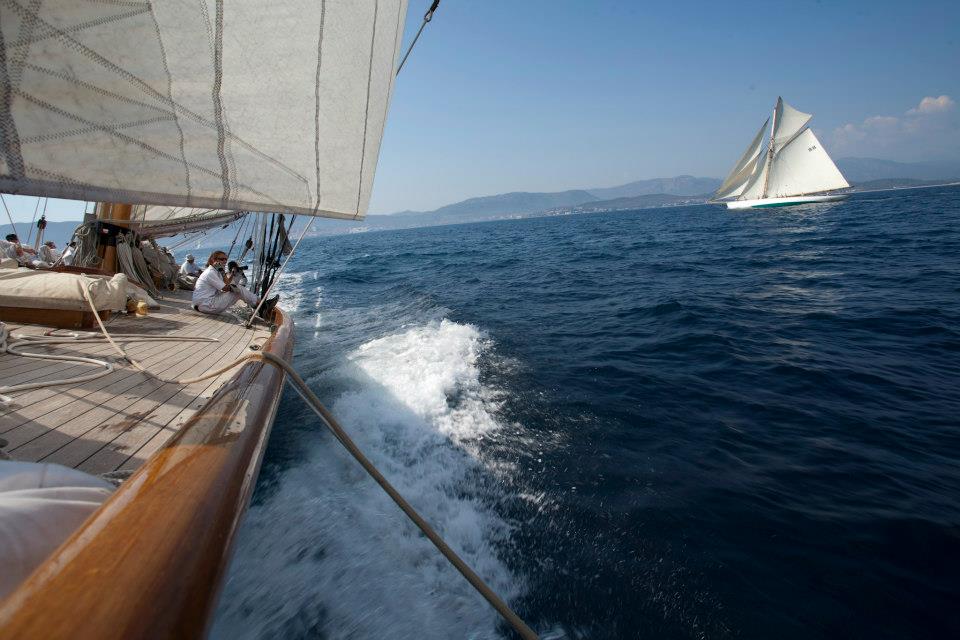 The Imperial Regattas are a relatively young sailing event, but have already gained international fame. Held in the month of May, they are an interesting introduction to the sailing season in Corsica, Napoleon's birthplace. They take place in the Gulf of Ajaccio, widely known for its remarkable beauty. Regatés Imperialés first took place in 2003 and have soon become one of the top sailing events not only in France, but also the world. They are one of the most important cultural events of the island, which brings together many sailing enthusiasts, either as participants or just admirers. The event attracts sailors wanting to show off both their sailing skills and their yachts, some of which include remarkable classic yacht exemplars. Around 30 beautiful yachts from all over the world compete in the regatta, racing for fun and top prizes. The three yachts that come first to the finish line are given special awards, and each day of the race one competitor receives an "honor" prize. The participants come from different countries, mostly Great Britain, the United States, Australia, Canada, Germany, Luxemburg, Holland, Spain, Italy and of course France. There is no entry charge, only a voluntary donation to the Société Nationale de Sauvetage en Mer, one of the organizing partners. The yachts include several renowned names in the world of sailing: the Firebird (built in 1937 and renovated in 1992), Moonbeam (built in 1920), Lulu, Mariska, Vortex and many others. If you find yourself in the vicinity of the Gulf of Ajaccio at the end of May, be part of this amazing event! The best view on the regatta is from another boat. Even if you are not participating you can still enjoy the excitment. Charter a sailing boat in Corsica on our specialized site Sailboat Charter Deals and sail off to the imperial adventure.
Corsica France race regatta