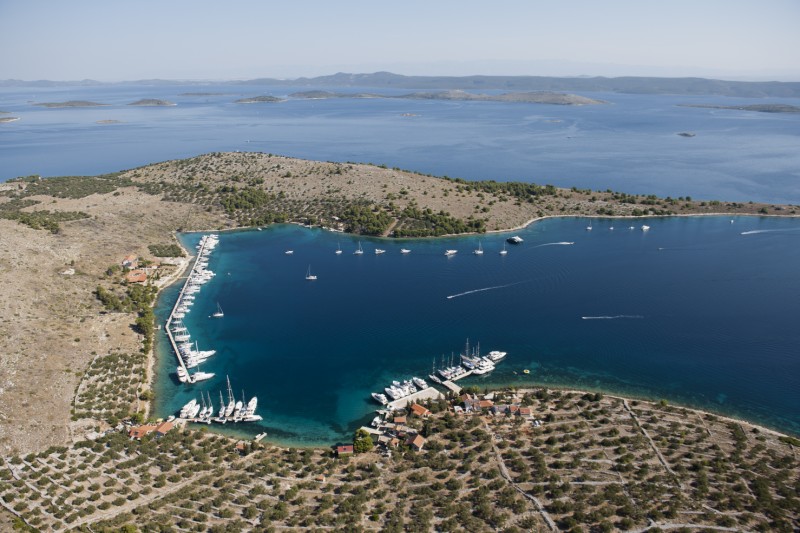 Some call the island of Žut a sailing paradise for its well-indented coastline and the position close to Kornati (read our posts on Kornati and marina Piškera). Aside from numerous bays, coves and beaches, there is an ACI marina situated on the southeast coast of the island. The marina is well protected from western and northwestern winds, although bura (the local northeastern wind) can cause problems while maneuvering. [caption id="attachment_5373" align="alignnone" width="800"] 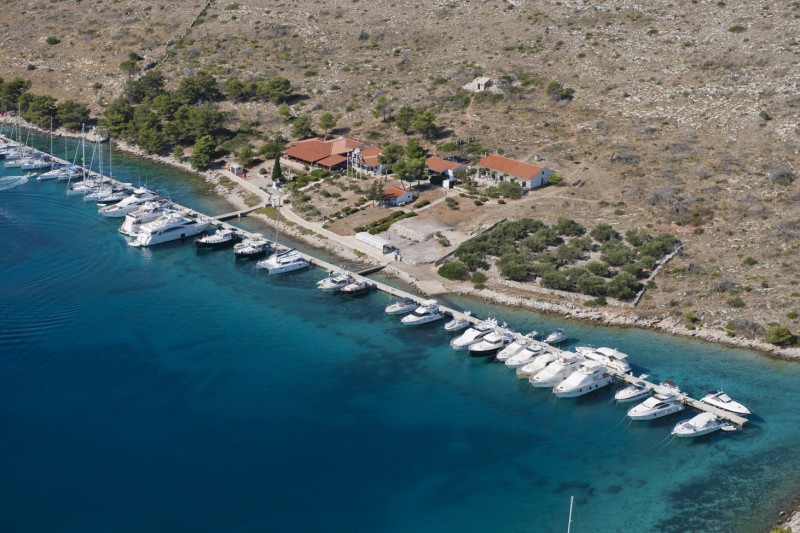 Photo Credit: ACI d.d.[/caption] The highest point of the island is a 155-meter high summit called Gubavac, which provides an incredible view of the Kornati Archipelago. Many visitors do not want to miss the opportunity to climb the hill and, following an old tradition, build a little pyramid of stones, wishing themselves good luck. Climbing the summit is the best towards the evening because the view of the sunset above Kornati is absolutely breathtaking. After climbing the hill and building a pyramid, it is strongly recommended to descend to one of the restaurants in Pod Ražanj Bay next to the marina. The exquisite Dalmatian traditional cuisine with a touch of modern imagination is served in the restaurant Fešta, with an offer of more than 300 wines and homemade extra-virgin olive oil. Together with grapes and figs, olive oil from Žut is considered the best in the Kornati Archipelago. [caption id="attachment_5374" align="alignnone" width="800"] 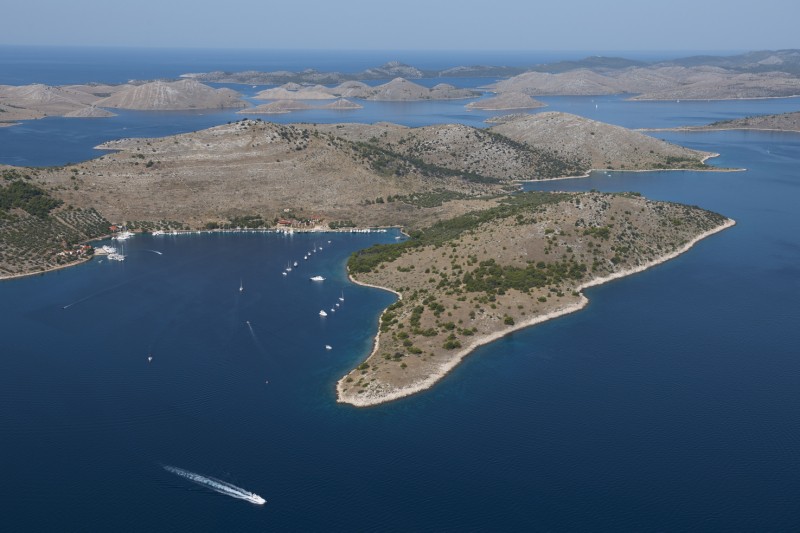 Photo Credit: ACI d.d.[/caption] At the end of the day, it is possible to hear the sounds of sheep wandering around the island, searching for water and tasty herbs. From this, it is obvious that tasty lamb will also be offered in springtime. If you are planning to charter a yacht and sail in Croatia, there are many popular sailing spots to choose from, but Žut is definitely one of the most beautiful. I wish you a calm sea, a fine wind and a strong mast!
Adriatic Sea Croatia Dalmatia Žut