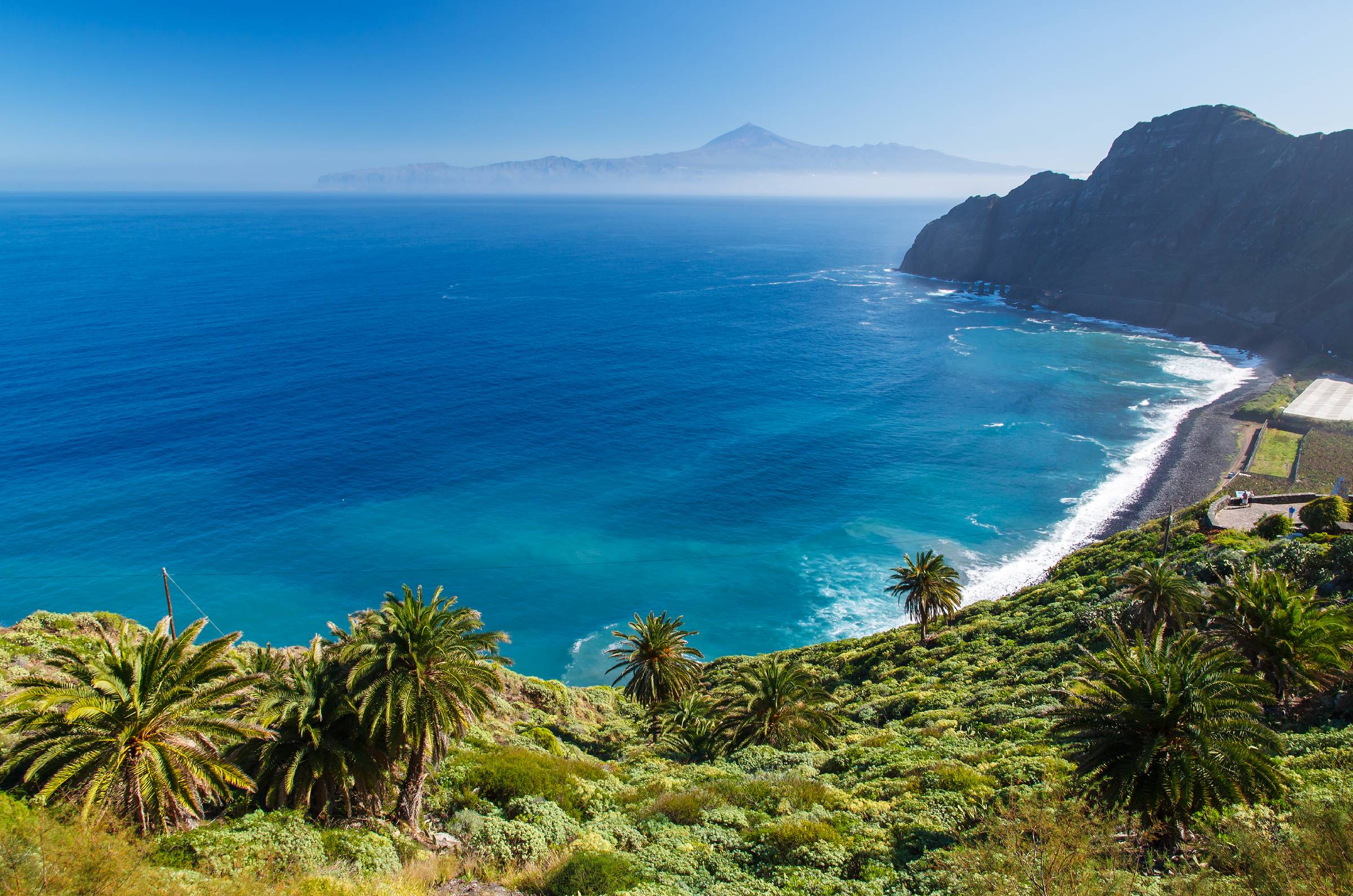 The Spanish Canary Islands, right off the coast of West Africa, provide one of the best climate conditions in the world. The Canary Islands consist of eight main islands; seven bigger ones and one smaller. All of them stand out with their beautiful landscapes, volcanoes, and sandy beaches which are a perfect place to sail all year round. So, if you live in an area where winter months are cold and would like to visit a warm European country – visit the Canary Islands and see why they are known as 'the islands of eternal spring'! The Canary islands weather is therefore perfect to set sail in all seasons. The seven main islands are all within a day’s sail of each other.

When to Sail the Canary Islands

The Canary Islands are composed of seven main islands: Lanzarote, Fuerteventura, Gran Canaria, Tenerife, La Gomera, La Palma and El Hierro going from east to west. Tenerife is the largest island, while the second-largest island is Gran Canaria. Regardless of their proximity, each island is particular regarding its climate and character. Generally, the climate is mild due to the Canary current.

Comparing the other countries on the same latitude to the Canary Islands, the weather here is much more enjoyable and cooler without the heat extremes. Summers are warm with an average temperature of 24 °C, while winters are mild with an average temperature of 17 °C. The average temperature throughout the year in Gran Canaria is 21.1 °C. On the other hand, weather is the warmest from May to December while during the rest of the year, it is around 19°C. Compared to other European countries, the Canary Islands offer over 3000 hours of sunlight a year. They surpass the other European destinations with the highest amount of daylight hours.

The islands provide excellent sailing conditions throughout the year. The climate is gentle, and the landscapes are impressive. There are a lot of white sandy beaches, but there are also some black sandy beaches due to the volcanic soil of several islands. December and February are the two most crowded months of the year flooded with tourists who would like to avoid winter conditions at home. So, if you enjoy peace and quiet, we suggest visiting the Islands in other months of the year.

Which Canary Island Has the Best Weather

To make your choice a bit easier, considering the statistics regarding the temperature from MetOffice, if you would like to visit the Canary Islands in the summer months, from April to September, the warmest Canary Island is Tenerife with a peak in August of 29.2°C. Statistically, July, August, and September are the warmest months. Winter months are a couple of degrees cooler. During the winter months, there are occasional wet periods with storms that are not so frequent. So, if you wish to sail from October to March, the peak temperature is in Lanzarote at 26.8°C. In the winter period, the temperature in the islands Hierro and La Palma tends to be slightly lower due to their proximity to the open sea. The islands closer to the African continent are drier and warmer. The Canary Island weather is unique and diverse among islands.

Comparing the North and South of each island, Tenerife has considerable differences regarding the weather. The highest mountain in Spain is here, Mount Teide casting the world's largest shadow on the sea. In winter, sunny and warm weather is typical for the south, while the north requires wearing a light sweater.

Prevailing winds to keep an eye on

Most of the year, trade winds prevail bringing a Force 3-4 from NE so Canary Islands display very clear skies. The trades are strongest in July and prevail in spring and summer. Lanzarote and Fuerteventura, which are the closest to Africa, are also hit by the Scirocco, strong south to southeast wind. Likewise, due to its vicinity to North Africa, those two islands get almost no rain. Moving west, the other islands are greener with a higher possibility of precipitation.

Areas where the wind is channelled in-between islands, the so-called wind acceleration zones, appear in the Canaries. These zones are noted in the pilot books so it is good to prepare yourself with their location because the wind can intensify, at its worst, for near calm to Force 5 within minutes.  In normal conditions in the areas, the wind speed accelerates by 10-15 knots. The windiest Canary Island is Fuerteventura due to dry and hot winds from the Sahara Desert.

Depending on how much time you would like to spend on the volcanic landscapes, white and black sandy beaches or exploring the cities and charming villages we propose some sailing itineraries. It would be a challenge to visit all islands but still quite a feasible one.

For those who would like to visit one of the two largest islands, we suggest one of the following routes planed on a one-week trip:

Route 1 – All around Tenerife and La Gomera.

These are just route summaries so if you want to find out more interesting information on each island, check out Canary Islands Sailing Guide.

Available marinas and getting there

Most marinas are in Tenerife, Gran Canaria and Lanzarote. The two busiest and biggest airports are the Gran Canaria Airport (LPA) and Tenerife South Airport (TFS). From both of these airports, it is easy to access any of the major marinas. There you can choose from a variety of sailing yachts, catamarans, or motor yachts. As it is a territory of Spain, do not forget to input it as your destination country. On the SailingEurope website, you can browse yachts or send an inquiry so the team can help you find the perfect yacht and choose the ideal weather conditions for sailing Canary Islands.