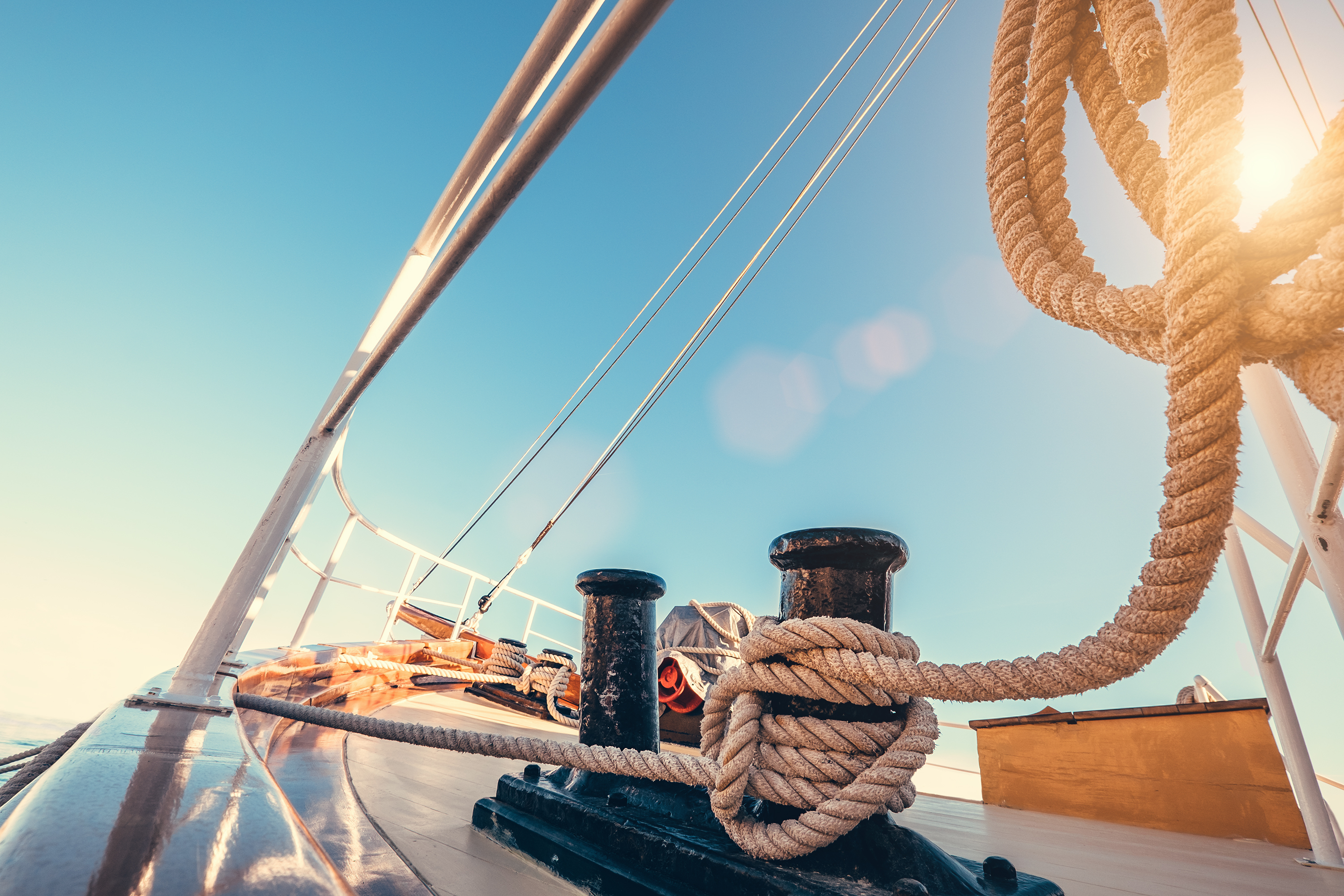 First of all, it is important to stress that there are three general categories when it comes to types of sailing knots. The first category are, simply, knots – they are tied on the end of a line (line is a term for a sailing rope). The second category are hitches - types of knots that are used to tie a line to a cleat on a boat or on a dock. The last ones have the word bend in their name and refer to knots that are used to join two lines together (in sailing language, to bend something means to join).

Now, the most important question is – how to become a master in tying sailor knots? It sure does require a lot of practice, but with the right instructions (or instructor) nothing is impossible. There are lots of knots that are used in sailing, but we will mention eight most common ones, divided into the above-mentioned categories.

What is a bowline knot?

Well, it is the most useful and most popular knot in the world of sailing - it is easy to tie, but also to untie. It is, however, extremely firm and secure, but also prone to jamming and in some cases hard to untie.

What is the purpose of a bowline knot?

How to tie a bowline knot?

What is a figure-8 knot?

Also known as stopper knot or Flemish knot, it is very popular not only in sailing, but also in rock climbing and caving. Unlike a bowline knot, even after it’s been jammed, it can be easily undone.

What is the purpose of a figure-8 knot?

How to tie a figure-8 knot?

What is a square knot?

It is also known as a reef knot. It is easy to tie, but when you join two lines together be aware because it easily slips and comes undone, so don’t use it where safety is critical.

What is the purpose of a square knot?

How to tie a square knot?

What is a cleat hitch?

Very useful for sailors, it is easily tied and untied and simple to learn.

What is the purpose of a cleat hitch?

How to tie a cleat hitch?

When tying a cleat hitch, it is important to start passing the line around the right horn of a cleat – there is a far one and a near one – you should start with the far one.

What is a clove hitch?

Great for tying something up, but only temporarily. It is easy to tie, but also to untie. It is prone to slipping so it cannot be trusted for critical loads. Also, you can adjust it any time, i.e. you can raise or lower it without untying it.

What is the purpose of a clove hitch?

How to tie a clove hitch?

3. Round Turn and Two Half Hitches

What does a round turn and two half hitches stand for?

This is a very useful knot; it is easy to tie and it isn’t prone to binding – which means that it is very reliable and useful.

What is the purpose of a round turn and two half hitches knot?

How to tie a round turn and two half hitches knot?

This knot is composed of two parts: a round turn and two or more half hitches.

What is a sheet bend?

Many sailors use this type of knot, it is secure, easy to untie and works great when tying together two lines of unequal diameter.

What is the purpose of a sheet bend?

How to tie a sheet bend?

What is an anchor bend?

Also known as the anchor hitch or the fisherman’s hitch, or bend. It is easy to tie, holds tight and it is stronger than a bowline knot.

What is the purpose of an anchor bend?

How to tie an anchor bend?

It is very similar to a round turn and two half hitches knot, but in this case the first hitch is passed under the turn (not over).

Whether you decide to tie a knot, a bend or a hitch, these instructions will help you take one step forward in becoming a real sailor. Everyone can do it, so can you, you just have to practice and then you are ready to begin your sailing adventure. In fact, go ahead and start practicing today. Because… well, why knot?