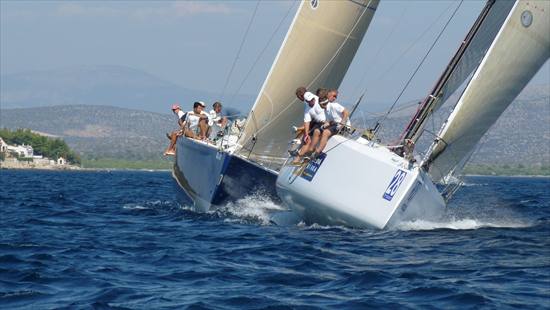 After very exciting last season's edition, the new season starts in September, after a summer break. First race in Cro ORC Cup is going to take place in Šibenik at the middle of September. Mid-summer and second half of calendar year in terms of sailing in Croatia means that it is about time to start preparing for continuous or conclusion of sailing year. In fact, I would rather say it is about fresh start since racing season in Croatia starts at late summer and lasts until late spring - next year. Šibenik ORC Cup 2013 is going to take place from September 13 to 15 2013, organized by SC Val, Šibenik. The race will be held under the authority of Croatian association of ORC boats, Croatian Sailing Federation and overall authority of the Offshore Racing Congress (ORC) and the International Sailing Federation (ISAF). Unlike more leisure-like OPEN races, ORC races' participants have to comply with ISAF Eligibility Code. Furthermore, the race is open to all boats bearing valid ORC International certificate with GPH < 700 s/NM, while all sailors have to be verified at their national sailing authorities. Boats can be divided in two classes (Class A GPH < 620, Class B GPH >= 620 with separate results). The prizes will be given to three best boats while additional prizes from organizers could be expected for additional or exceptional achievements. Moorings will be provided in Šibenik port free of charge for all participating boats while a good party is guaranteed every night after the races and prize-giving ceremony. I wish you a calm sea, a fine wind and a strong mast!