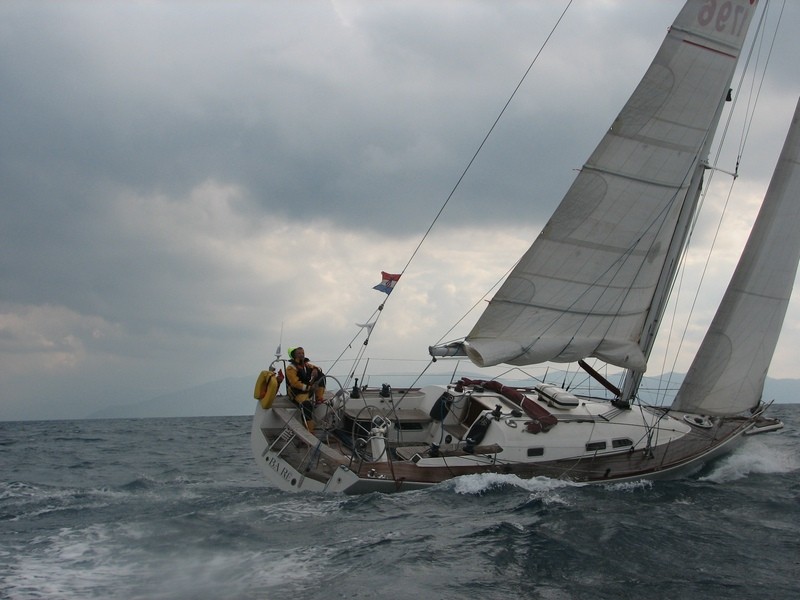 St. Nicholas is in many cultures pretty popular saint. He is respected by fishermen, travelers and seafarers while kids like him because he is one of ‘gift-bringers’… However, in honor to St. Nicholas, patron saint of seafarers, the toughest and probably the most extreme sailing race in Croatia has been organized by Sailing Club “Mornar” from Split. It is the regatta for solo sailors, taking place around St. Nicholas day which is being celebrated on December 6th, in Roman Catholic tradition.

This year the regatta started on December 3rd from Split marina with the route of 160 NM non-stop sailing rough Adriatic Sea. Finish is planned in Komiža on island Vis where St. Nicholas is worshipped as the patron saint of the city.

The tradition of devotion to St. Nicholas in Komiža is centuries old and culminates every year on December 6th when a long procession is being held from the St. Nicholas church and monastery from the 13th century to the city center. The celebration begins when the oldest boat in the city is being burned in the front of the church, as the sacrifice to St. Nicholas. The remaining ash of this bonfire is later used for blessing new boats when launched.

Let’s get back to regatta! Since the beginning of December in Croatian Adriatic is in the period of very rough sea and strong winds, safety regulations are very strict. Therefore, this regatta is internationally graded as ISAF Offshore Special Regulations Category 2 Race. The completion of the route considers start in Split, passing the lighthouse Blitvenica, W from island Žirje off Šibenik archipelago; sailing Adriatic bellow waters and passing lighthouse Palagruža, the most remote Croatian teritorry; and landing in Komiža where all boats are expected not later than 3 PM on December 5th 2013.

St. Nichollas regatta means tough weather conditions as well as tough guys at the helm. Skills, archness, solidarity, courage and fair play are the most demanded virtues of all skippers while their boats are cherished as their best friends. Only the best and well known, mostly Croatian, sailors have participated in this regatta which celebrates its 12th anniversary this year. Someone once said that guys are becoming real men taking part in this regatta while we all still wait for the first girl to sign in.