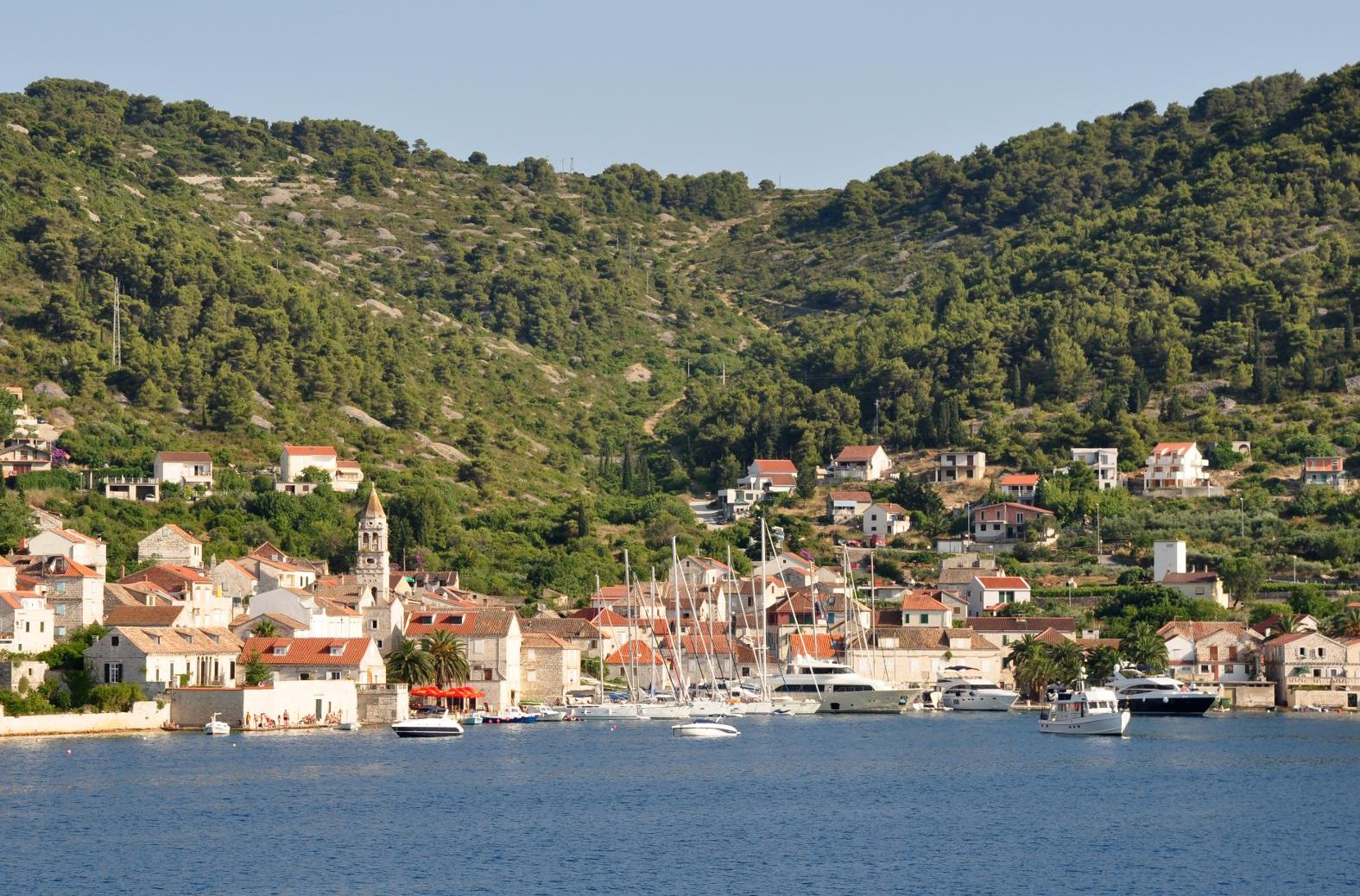 When I was a kid growing up at the Adriatic coast, it was very important among my friends who was the first to swim after the winter; and who was the last to swim after the summer. When we grew up to teenagers we set up the unbreakable record by having midnight New Years swim, being the latest and the earliest swimmers at the same time. But that’s another story. What I wanted to share with you is the occasion when I took a swim at the beginning of April, at the afternoon, at the port of Vis at Croatian Adriatic, far from swimming season and youngsters’ heroism. I approached the deserted waterfront of Vis port, thinking about how unusual it looks to me in comparison to crowded and vibrant same waterfront in August. I steered the yacht easily getting her in perfect position to catch the mooring line and smoothly finish the maneuver by fixing stern lines and greeting sleepy port assistant, visibly astonished by a yachtsmen’s visit so far from the season. Everything was perfect until the moment I realized that my engine, that was supposed to be in neutral gear, stopped working and that neighboring mooring line is unexpectedly too tight with no particular reason. That could mean only one thing – my propeller was still turning while two mooring lines were crossed one over the other. I thought to myself that I must thank my friend who is the manager of the charter fleet I was working for that week; and remembered that he personally does winter servicing of the engines. It is really hard to find neutral position of the engine after winter break… At the same time I also realized that wintertime is too short a period for port assistants to put their mooring lines in order and prepare the waterfront for the upcoming sailing season. However, serious harm was not done to my propeller but to my pride. Groggy port assistant started to mumble something incomprehensible about scuba diver who will be back at the island at the beginning of May and the price of a new rope… I could do nothing but to take my diving mask and look to the hill which just covered last sunrays for that day. As I mentioned before, no harm was done to my gear but to my pride. I learned an important lesson that every maneuver has to be done with full concentration no matter how many times it was done at the same place and under much more complicated conditions. I also learned that wetsuit is a good friend of clumsy skippers, especially when sea temperature does not extend 15°C, while the last lesson for that day was one about benefits of hot shower and reasonable use of rum and hot tea in order to prevent flu and pneumonia… I wish you a calm sea, a fine wind and a strong mast!
skipper