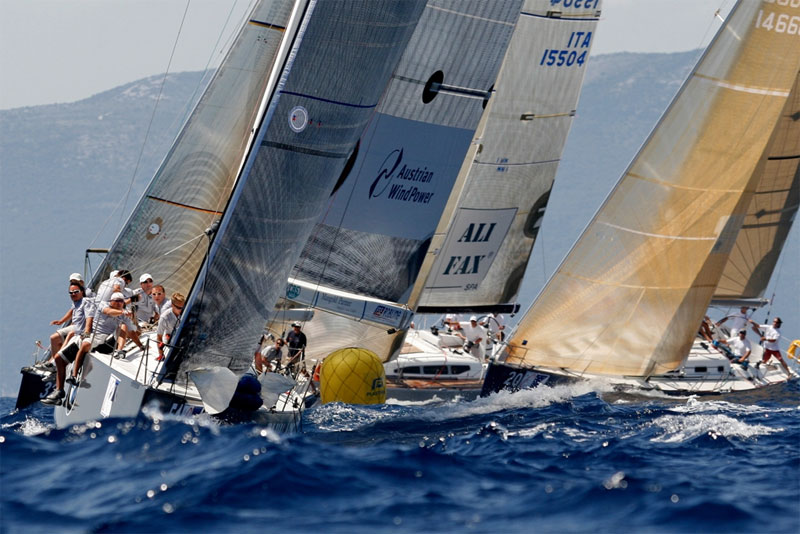 I am talking about the islands – allegedly there are over thousand islands, islets and rocks in the Croatian Adriatic. I have never counted all of them but I started to believe in that data when I first saw the title of the brand new regatta in this region. It is called the Thousand Islands Race and took place for the first time in September last year. As the first edition went successfully, the organizers announced its second edition which will take place between September 18th and 28th 2014. The racecourse spreads on the 277 Nm long route from Rijeka, Croatia to marina Porto Montenegro in Tivat, Montenegro. What makes this race special is the route which has to be chosen by each tactician, with just only one condition: islands Unije, Susak, Premuda, Dugi Otok, Kornat, Vis, Lastovo, and Sveti Andrija have to be left to starboard side in the first leg; and to port side in the second leg. Everything else regarding the route is up to experience and skills of tacticians, as long as they keep their vessels in Croatian and Montenegrin territorial waters. The regatta is open for monohulls longer than 9 m and multihulls longer than 8 m of LOA. The special category would be boats with a crew of two. The limited time for each leg will be 72 hours after start. The crews can compete in a single leg each direction or in both legs. The competitors’ list includes teams from Austria, Slovenia, Germany, Russia, Switzerland, Great Britain and Croatia while those from Czech Republic, Italy, Ireland, Hungary, Slovakia and Hungary are announced. Those who, for some reason cannot take part in the regatta could follow it online (www.thousandislandsrace.com) in real-time. However, sailing lovers could enjoy the grace of sailing boats and their crews during promotional races in waters in front of Rijeka and Tivat prior to both starts. If this is not enough to wake you up, I’ll tell you that the famous 30 m long Esimit Europa 2 announced its appearance and intention to take over the record of the race which was set by Hungarian Wild Joe last year. It amounts to 28 hours, 41 minutes and 6 seconds in the first leg and 46 hours, 2 minutes and 37 seconds in the second leg. The winner of this race is not going to be one who finds the shortest route; it will be the one who finds the fastest way to sail between a thousand Adriatic islands! I wish you a calm sea, a fine wind and a strong mast!
Adriatic Sea Croatia Croatian islands Montenegro race