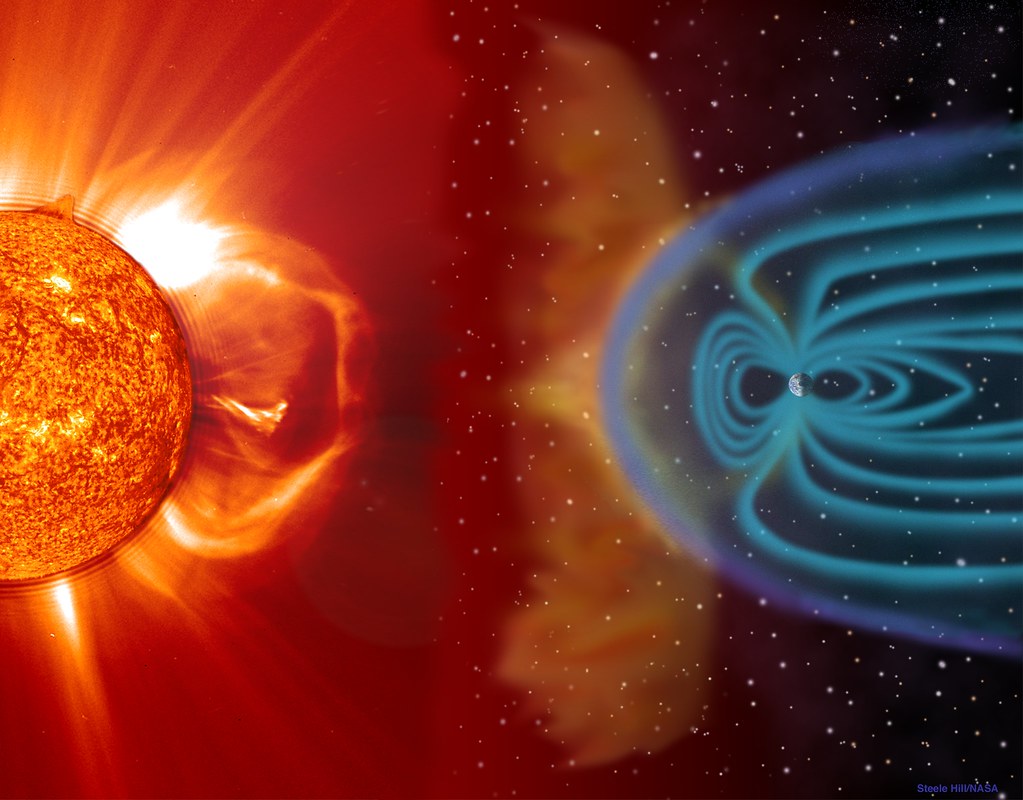 Like many other planets in our solar system, the Earth has its magnetic field. Because of a large molten iron core, our planet is like one big magnet.

Earth's magnetic field has navigated travelers for over 2,000 years. Not just us people use it, but also animals, especially birds to find their way between two homes. Earth's magnetic field is very important because, without it, life on earth could not be possible. The Earth’s magnetic field protects life on Earth, shielding it from radiation and preserving our climate.

What is the new location of Earth Magnetic Field?

What is interesting is that Earth's north magnetic pole moved again recently, and it got away from the Canadian Arctic and went close to Siberia. The entire globe's magnetic field was updated in 2015 and, again faced changes. Each year, it moves north by an average of about 30 miles.

When was Magnetic Field last updated?

This updated model, called the World Magnetic Model was published on January 30, 2019.

World Magnetic Model determines a wide array of navigation, including those directing airplanes and ships and also informs compasses and Google Maps.

Electrons! They move through this metal inside Earth's core – and the motion of electrons creates a magnetic field.

In the very heart of our planet is a solid inner core of mostly iron that is about the size of the moon. It reaches around 9000°F to 13000°F or about 5000°C to 7200°C. Just for the comparison that is the temperature of the “surface” of the sun.

You may be asking yourself how it then remains solid, and that is a really good question. That is because of the combined pressure of everything above that gravity pulls toward.

In the end, that divergence in temperature between the inner core and the mantle causes the Earth to become a giant magnet.

Could the magnetic field ever collapse?

As we explained, our planet's magnetic field primarily consists of the flow of liquid iron inside the core. It has always been a feature of our planet, but it has flipped in polarity repeatedly throughout Earth's history.

Northern lights also called Aurora Borealis are famous for following the lines of force in Earth’s magnetic field. Most are green in color but sometimes you’ll see a hint of pink, and strong displays might also have red, violet and white colors.

The lights typically appear in the far north – the nations bordering the Arctic Ocean – Canada and Alaska, Scandinavian countries, Iceland, Greenland, and Russia. But strong displays of the lights can extend down into more southerly latitudes in the United States. And of course, at Earth’s south polar regions.

Why and how do we monitor the magnetic field?

Monitoring is necessary because the magnetic field can change suddenly if a for example sunspot erupts, and the Sun lobs a massive jet of charged particles in our direction. This has the potential to knock out power grids and satellites. Three European Space Agency satellites known as SWARM and around 100 ground observatories spread across the world constantly monitor changes to Earth's magnetic field. These satellites and stations use instruments called magnetometers to constantly measure the flux and direction of the field to detect shifts.

What would happen if the poles flipped?

The poles flipped over, with the north becoming south and south becoming north. These magnetic reversals have occurred throughout history, and evidence from ancient rocks and marine sediment tells us that the poles have flipped on average every 200,000 years. They last flipped about 780,000 years ago fully reversing their polarity.

What if the field weakened?

If the magnetic field weakened it could leave us more vulnerable to the effects of cosmic rays and solar radiation. That wouldn't be a problem for life on Earth because our atmosphere does a good job of protecting us, but it could knock out much of the technology we've come to rely upon.

How does it all affect sailing?

Most recreational sailors today navigate their craft using electronic devices. The navigation technique used before electronic navigation systems was a compass. Either way, on both devices, use Earth’s magnetic field to provide directional information, so the shift of the Earth magnetic field can bring some errors. Because of that, knowledge about shifts must be up to date.

If we talk about everyday usage, smartphones use the magnetic north for GPS location and compass apps.

Guess, the Earth’s magnetic field is more important then we thought.

About the Author: Mihaela Čudina