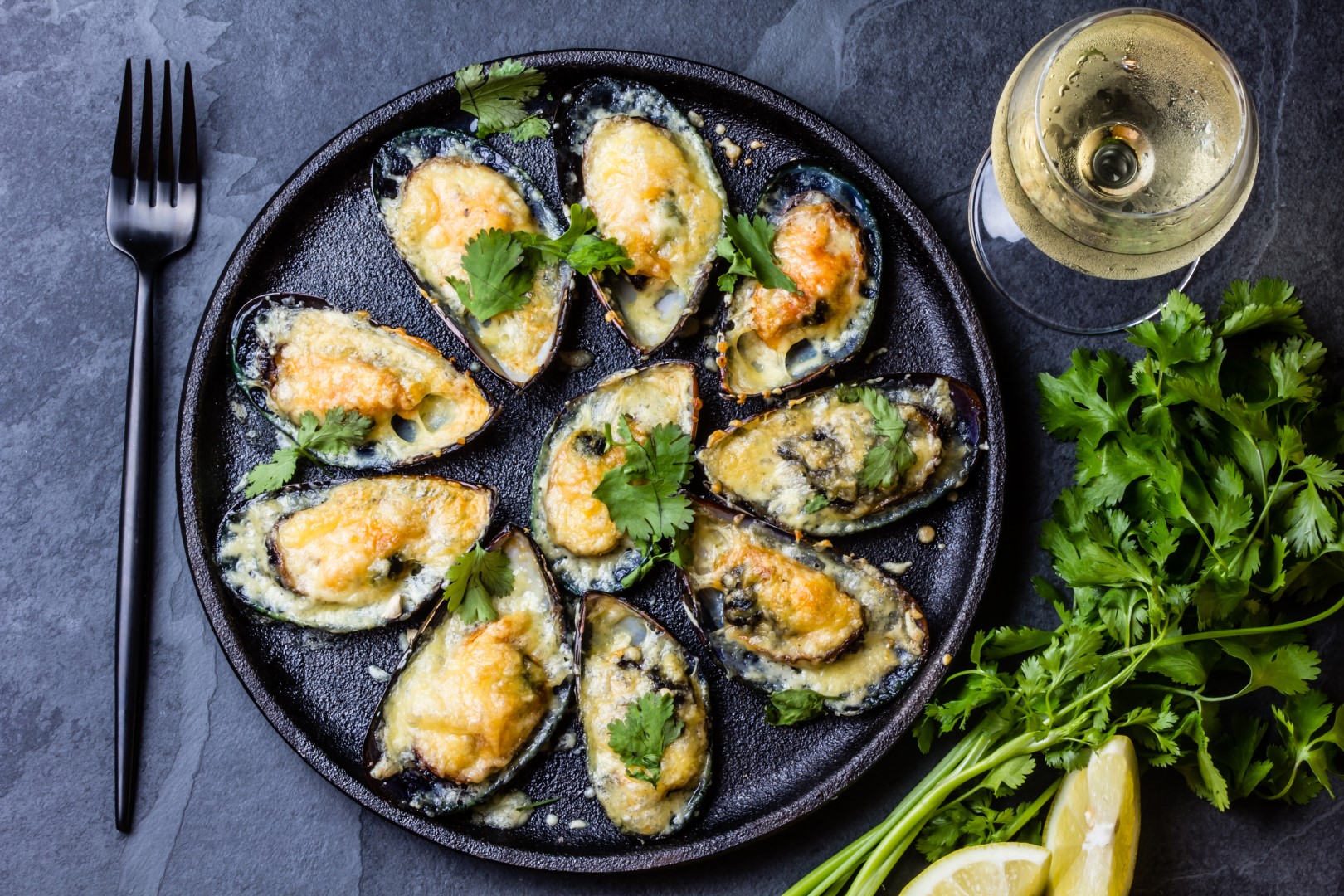 It's very hard to describe what shellfish taste like. But the simplest way to describe the taste would be very fishy. Some would say they taste kinda sweet and briney. However, the most important part is the texture which is soft and usually slimey.

Of course, it all depends on what shellfish you're eating. The Mediterranean shellfish are one of the best in the world. It is because the Mediterranean sea is pretty clean and quality shellfish need clean sea. All in all, if you like fish, you'll most probably like shellfish too. They have quite a specific taste which is a bit more intense than fish. A classic seafood you have to try for yourself.

The process of making pearls artificially is quite simple. People put a bit of sand or a small pearl in the shellfish. In couple of years the perl can double in size. So the shellfish is usually left in the sea for seven years when the pearls is taken out. Althought the whole process of how shellfish make pearls is not completly clear to the scientist, these methods, however, are gaining results.

Shellfish are rich in protein and omega-3 fatty acids and really low in calories. They also contain high amounts of certain micronutrients, including iron, zinc, magnesium, and vitamin B12. Due to their impressive nutrient content, they may be good for your waistline, brain, heart, and immune system.

A lot of shellfish contain plenty of immune-boosting zinc. Zinc is important in developing your immune system. It is also an antioxidant that protects you from damages of inflammation.

This is the most common Adriatic shellfish and the one most used in the Mediterranean cuisine. It is cooked until the shells open, meaning the mussels are ready for use.

The most frequent in the Adriatic Sea can predominantly be found in the Bay of Mali Ston and in the area of Cres. It has the same color as the stone in the sea. This type of shellfish has a gentle aroma and somewhat salty taste. It’s often served icy cold and fresh with a little bit of lemon juice, but when cooked or baked, it still tastes great. An interesting fact is that the meat of this one has the best taste in winter.

Called Noina lađica, kunjka or mušula in Croatia. This Mediterranean shellfish is frequent in Croatia’s Adriatic Sea, mainly in the area around the island of Pašman and in the Bay of Mali Ston. Noah’s arc shell, as its name suggests, has the shape of a primitive boat. It lives attached to firm reefs, and the best way to prepare it, if we are to belive experts of the Mediterranean cuisine, is on the grill.

Known as Jakobova kapica in Croatia. Mediterranean scallop is known as the most available in the market and that is why it is very frequent in the Mediterranean cuisine, especially in Italy. In Croatia, this shellfish's name has a specific connection to Saint Jacob. It can be served fresh and has amazing nutty flavor. In addition, its hard meat does not lose its flavor nor quality when cooked or baked.

These are very popular in the Mediterranean area, where they are mostly known as Venus shells, named after the Roman Goddess of beauty and love. They live buried in the sand and you can easily find them after the low tide. The meat of grooved carpet shell is sweet and it has the best taste in autumn. People eat it fresh and cold. They go by vongole or kućice in Croatia.

This one lives in the area where the seabed is sandy and soft. Its meat is a delicacy in the world of the Mediterranean cuisine. That is why the warty venus shell is the most expensive shellfish on the market. This delicacy is often served raw, but equally tasty when baked in the oven. If you want to eat Warty Venus shells in Croatia ask for brbavica or prnjavica.

This last on our list is widespread in the whole Adriatic Sea. Its meat has an amazing taste and in the Mediterranean cuisine people serve it raw with a little bit of lemon. The meat of these twoo, grooved carpet shell and warty venus shell has the best taste in spring. In Croatia they are rumenke and lakirke.

And if you're not sure how or don't feel like preparing shellfish yourself, every restaurant must have them on the menu. Here are some around Dubrovnik area and if you're into high dinning check out our top 5 restaurant recommendations in Croatia. Here are some if you're going sailing in Ionian sea, Greece this year. And for the end our favourite restaurants on Croatian islands and in central Dalmatia. Enjoy and bon appetit!

About the Author: Ana

I'm an editorial assistant of the SailingEurope blog. I love writing as much as I love traveling, and I hope to see every corner of the world one day. I'm keen on learning about different cultures and people. I also love ice cream, dancing and sunsets at sea.