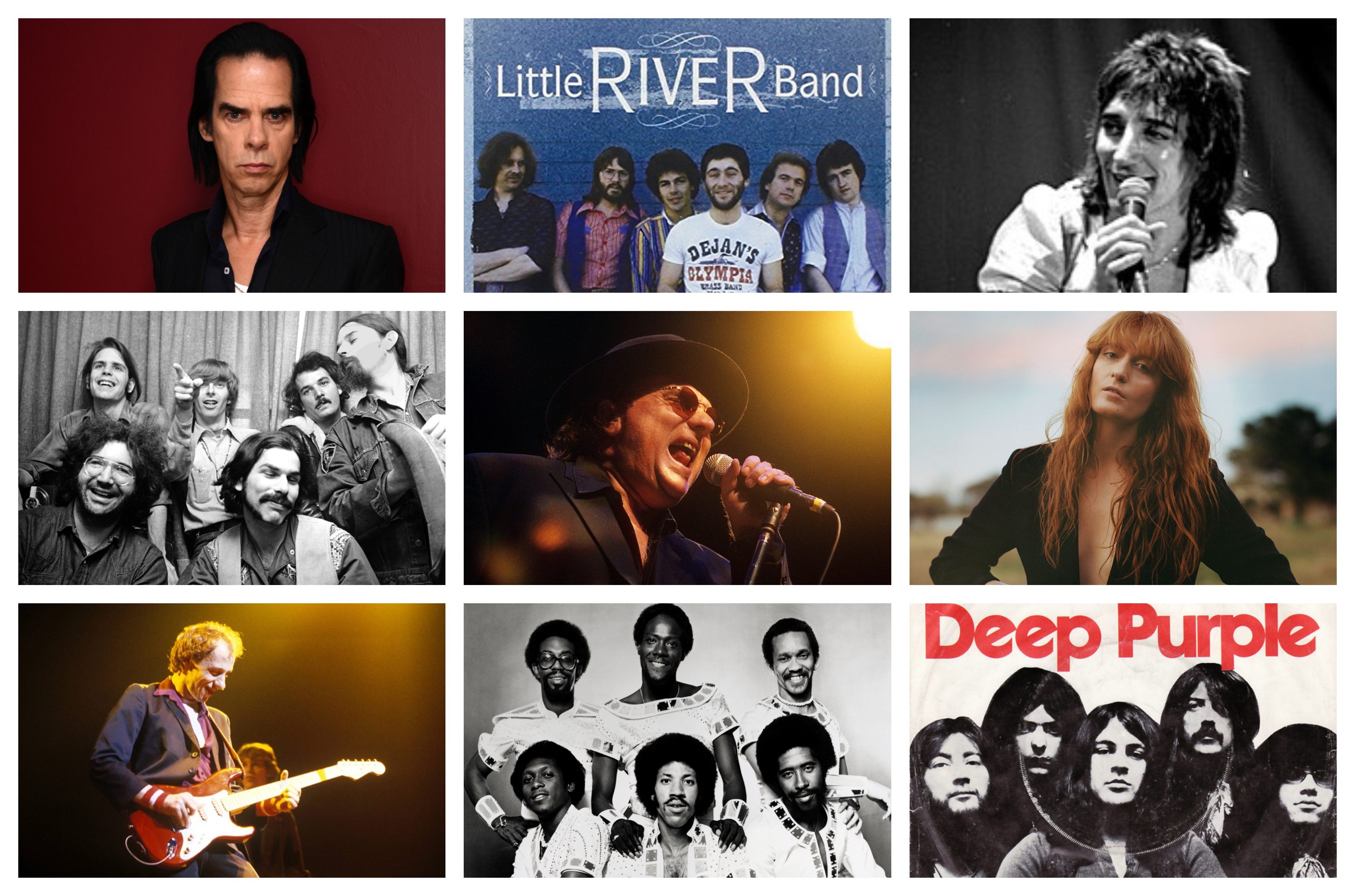 Let's start with classics. Rod Stewart wrote one of the classic sailing songs in 1975 and after that it's a part of every sailor's playlist. Considered one of the best sailing songs there are, 'Sailing' has that famous Rod Stewart charm and irreplacable feeling that puts it right on the top of our playlist.

One of the most beautiful sailing songs must be Christopher Cross's song simply titled 'Sailing'. This song is another classic released back in the 1980. It combines soothing, calming but catchy melody and recognizable Christopher Cross's voice which combined makes one of the best sailor songs.

This sailing song was the first single from the Nick Cave & The Bad Seed's album The Good Sun. The song reached #84 on the UK Singles Chart. Likewise 'The Ship Song' was selected as one of the Top 30 Australian songs of all time. This spectacular ballad is number three on our list.

Also one of the greatest songs about ships in general.

'Sail On' is a Commodores song written by Lionel Richie from their 1979 album Midnight Magic. Released as the first of three singles from the album, it was produced by both Commodores and James Anthony Carmichael. The song reached the top ten on both the US and UK music charts that same year. After that Richie later recorded the song with Tim McGraw for 2012's Tuskegee.

If you look for songs about sailors, look no further! This sailing song is Mark Knopfler's ode to Sir Francis Chichester. Chichester sailed single-handedly around the world from West to East, becoming the first person to make a true circumnavigation. After Chichester's death, his boat, Gipsy Moth IV, was moored at Greenwich. In the early days, the band used to rehearse at a studio in Greenwich, which was probably what first inspired the song.

As a result, here's one of the best sailing songs.

Van Morrison - Into The Mystic

If you ever wish not to explore the seas but rather the space here's an ideal track for you. Daft Punk is not expected to be on this playlist and this is what makes it special. If you're into electronic music this is one of the songs about sailing right up your alley. This sailing song is pretty slow developing which makes it perfect for lazy sunny afternoons.

For every fan of hard rock music here's classic Deep Purple tune from their legendary album Burn. 'Sail Away' has everything great hard rock song has. Great guitar riff, strong bass and great vocals by iconic David Coverdale. Certainly one of our favurite saling song from the list.

Peter, Paul and Mary - There is a Ship

And here is something for songs about ships category. Right after Deep Purple here is something completely different. Peter, Paul and Mary's sailing song 'There is a Ship'. Amazing Mary's voice leads this amazing love song. If you love sailing and are in love, we dedicate this song to you. So enjoy it!

'Shipbuilding' is one of a songs about ships by Elvis Costello. Costello wrote this song during Falklands War and discusses the contradiction of the war bringing back prosperity to the traditional shipbuilding areas. Because of that this is one of the most emotinal and deep sailing songs out there.

Seems like this is the only song on our list that talks about river sailing. Enya's 'Orinoco Flow' was #1 on the UK Top Charts for three weeks straight and recieved two Grammy awards. One for the best music video and the other for the best new age performance. Therefore, this is one of the most successful sailing songs on our list.

Another simple and beautiful song. Certainly of the the sailing songs that points out the peace that sailing brings. Due to that 'Come Sail Away' had to be on our list. Because what more can a sailor want than a song that resembles sailing in every possible way. Truly great song you will ceirtanly enjoy.

Finally something modern on our list! For everyone who prefers modern sailing music to evergreens we give you this one. Courtship's 'Sail Away' is a modern mastepiece everyone will like. It's modern, fast, interesting, dynamic and fun. Everything like sailing, wouldn't you agree? Because of that, we had to put Courtship on our list of the top 20 sailor songs.

Logins & Messina - Sailing in the Wind

1973 single 'Sailing in the Wind' from the album Full Sail. Logins & Messina must have been in love with sailing because they had decided to dedicate the whole album to it. Due to it's feel good atmosphere we recommend listening to the whole album. However, if you don't have much time, listen to this amazing track. You will love this tune and one of the greatest sailor songs.

Florence + The Machine - Ship to Wreck

What kind of a list would it be without Florence + The Machine. This sailing song will make you want to dance and have a good time. It's fast and smart with great hook on the chorus. As a result, that makes one great sailing song which you will want to listen to on repeat.

Probably the longest sailing song on our list. 'A Sailor's Life' followed the trends in 60's music. It is slow building song with emphasis on the atmosphere. As a result there is great psychodelic sailing song which will make you escape from reality for a little while.

One of the more modern songs on our list is 'Sail Away' by David Gray. Released in 2013 this sailing song will give you the breeze of today's music. It's a great sailing song which combines great vocals with the smoothness of an acoustic guitar.

Katie Melua - If You Were a Sailboat

And last but not least, here's Katie Melua and her great sailing song 'If You Were a Sailboat'. This sailing song is dearing love song which Katie interprets so greatly. Her gentle voice feels like it's made just for this song. Because of that you will fall in love with this track.

I know it's hard to choose your favourite one. Therefore, this list is not sorted in a way to rank the sailing songs from best to the worst. It's a sailing songs playlist with a goal to present to you sailing songs we like the best. And so the list is not definite and if you have any suggestion about what should we listen to, let us know in the comments.