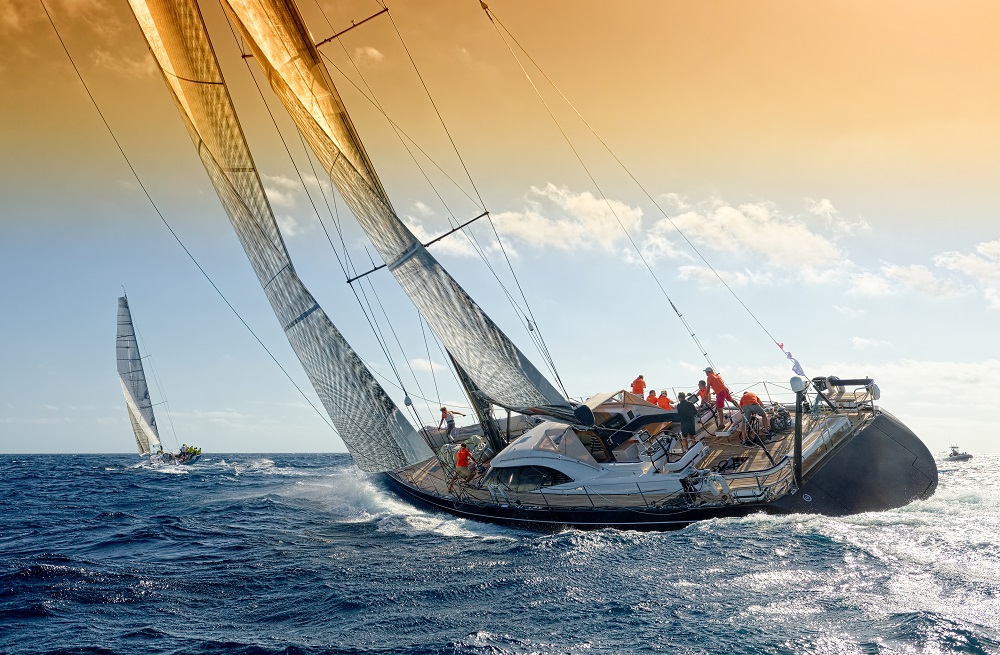 After our list of the best sailing movies, we decided to bring you another one – Top 10 sailing books every sailor should read in 2019.

10. The Lonely Sea and The Sky

The Lonely Sea and The Sky is the complete autobiography of the Sir Francis Chichester, the first and fastest man to singlehandedly circumnavigate the globe. When he was 18, Chichester emigrated to New Zealand and to work as a shepherd, lumberjack, and gold prospector. Soon he qualified as a pilot and started his most famous solo flight from England to Australia. Despite hacing been diagnosed with cancer, Chiester became the first person to sail around the world solo from west to east via the great capes. Our list of Top 10 sailing books couldn't be complete without this great book.

9. The Annapolis Book of Seamanship

Since the publication of the widely hailed first edition in 1983, The Annapolis Book of Seamanship has set the standard by which sailing book is measured. Used throughout America as a textbook in sailing schools and Power Squadrons, The Annapolis Book of Seamanship thoroughly and clearly covers the fundamental and advanced skills of modern sailing. Over half the book has been revised; old topics and features have been updated, and many new ones have been introduced. The design has been modernized, and many color illustrations have been added. As big and detailed as Annapolis is, the wealth of technical information (including dozens of step-by-step instructions) is presented here in a way that is uniquely readable; it's both useful and easy to use. This is because John Rousmaniere and artist Mark Smith bring to Annapolis decades of experience both as sailors and as professional communicators.

How many of us have dremt of selling everything we own and just go sail around the world? Well, this couple did exactly that! This sailing book tells a story about ultimate freedom and can be a really helpful guide if you ever make that decision. The book includes tales from couples travels, places they had visited, rich social commentary and a financal plan that some of you might find useful. If you want to find out how is living in the paradise, this sailing book is for you.

When Nick Ward was asked to join the crew of the Grimalkin to sail in the Fastnet Race, he felt like all his dream came true. This 600-mile course of the UK's Fastnet Race started with perfect weather, but within two days the deadliest storm in the history of modern sailing had blasted through the Irish Sea. This storm took the lives of fifteen sailors. Nick Ward was left alone on his boat to face down a storm that has become legendary among sailors and racing fans. Left for Dead is one of those stories that deserves to be on our list of best sailing books.

6. The Curve of Time

This book is a true story of a single mother who left a widow in 1927 and packed her five children onto a sailboat to explore, summer after summer, the coastal waters of British Columbia. Her husband went to a solo camping trip and never returned. She decided not to sell their boat and went to a summer trip with the rest of her family. She was a navigator, skipper and engineer leading her crew/family threw some bad storms, tides, cougars and showing her children how to love and respect the nature.

Godforsaken Sea is a book about the 16 solo sailboat racers of the The Vendee Global race. This solo race is famous for taking sailing to another level and it took part across the Southern Ocean. It is pretty obvious that those 16 competitors are not a „holiday sailors“ – they have been preparing for this race for months and they even hired some sleep specialists to achieve better results. Godforsaken Sea is a great adventure book that definitely deserves to be on our list of top 10 sailing books.

The Long Way is Bernard Moitessier's own incredible story of his participation in the first Golden Globe Race, a solo, non-stop circumnavigation rounding the three great Capes of Good Hope, Leeuwin, and the Horn. For seven months, the veteran seafarer battled storms, doldrums, gear-failures, knock-downs, as well as overwhelming fatigue and loneliness. Then, nearing the finish, Moitessier pulled out of the race and sailed on for another three months before ending his 37,455-mile journey in Tahiti. Not once had he touched land and he explains his whole story in one of the most amazing sailing books ever.

Challenged by her German-Swiss father, an 18-year-old New York City bicycle messenger in 1988 became the first American woman, and the youngest person, to sail alone around the world. In this jaunty account of her journey, she veers between the perils of solo sailing, her relationships with her separated parents and the death of her mysterious mother. Aebi, writing with freelancer Brennan, reveals her lack of sailing knowledge and experience, describes the heavy seas and weather she endured, her numerous problems with malfunctioning equipment, the countries, people and cats she encountered and a sympathetic French-Swiss whose boat sometimes accompanied her own. The story is so compelling that sailing enthusiasts will read avidly on to the triumphant finish.

1. Sailing Alone Around the World

A sailing memoir written by seaman and adventurer Joshua Slocum, who was the first person to sail around the world alone, documents his epic solo circumnavigation. An international best-seller, the book became a great influence and inspiration to travelers from each corner of the globe. Additionally, Slocum is an example that through determination, courage and hard work any dream can easily become a reality. Apart from being an exceptional mariner, Slocum is an equally talented narrator, as he depicts events which are not only entertaining to read, but also hold great historical and cultural significance considering the time of his journey. Well written and engaging to the very last page, Sailing Alone Around the World is one of the best sailing books ever written.