Our recomended route for exploring the Dodecanese islands is: Kos – Lipsi – Kalymnos – Nisiros – Tilos – Simi – Rodhos. Furthermore, we have a special section of a web site dedicated to yacht chartering and cruising in the Aegean sea so check it for more information.

The ideal starting point for Dodecanese sailing trip on a charter yacht would be marina at Kos town on the island of a same name. Kos island is accessible by plane since there is an airport nearby Antimachia village in the middle of the island. The entire island is an interesting historic and archeological site while interesting fact about this place is that Hippocrates, the founder of medicine was born here.

The recommended route starts with steering your yacht towards the island Lipsi (or Lipso), some 35 miles NW from Kos marina. Mooring is possible in the harbor at village of Lipsi, while there are a number of small bays on the SW tip of the island.

Island Kalimnos is the next on our list of suggested destinations on this sailing trip. It lies some 30 miles S of Lipsi, to the W of Turkish Bodrum peninsula, between Kos on the S and Leros on the N. A good shelter for your charter yacht could be found at capital of Pothia (Port Kalymnos), where marina can welcome some 80 yachts up to 20 m LOA, while depths are ranging from 2 – 5 m. This island is the home of Greek sponge divers since this place is the center of sponge-fishing.

Another 35 miles to the S, around Kos island would take you to island Nisiros. This island of a volcanic origin still hides hot sulphurus springs. Since Mandraki harbor is pretty opened to the prevailing meltemi, your yacht should be tied alongside the mole, but much safer berth could be found at Palon (Palos) 2 miles to the E of Mandraki.

Some 15 to 20 miles SE from Nisiros lies island Tilos, your next destination. On the E coast of Tilos lies the large bay of Livadhia with a harbor. A larger number of tourists arriving by ferries brought some new life into the village so some interesting taverns were opened recently.

Sailing some 30 miles E from Nisiros would take you to Simi, the island with well indented coast, at the entrance to the Gulf of Doris – Turkish Hisarönu Körfezi. Besides a number of anchorages at E coast bays, a good shelter could be found in Simi harbor on the N side of the island.

The last day of this yacht charter trip is dedicated to the largest of Dodecanese islands – Rhodos (Rhodes). 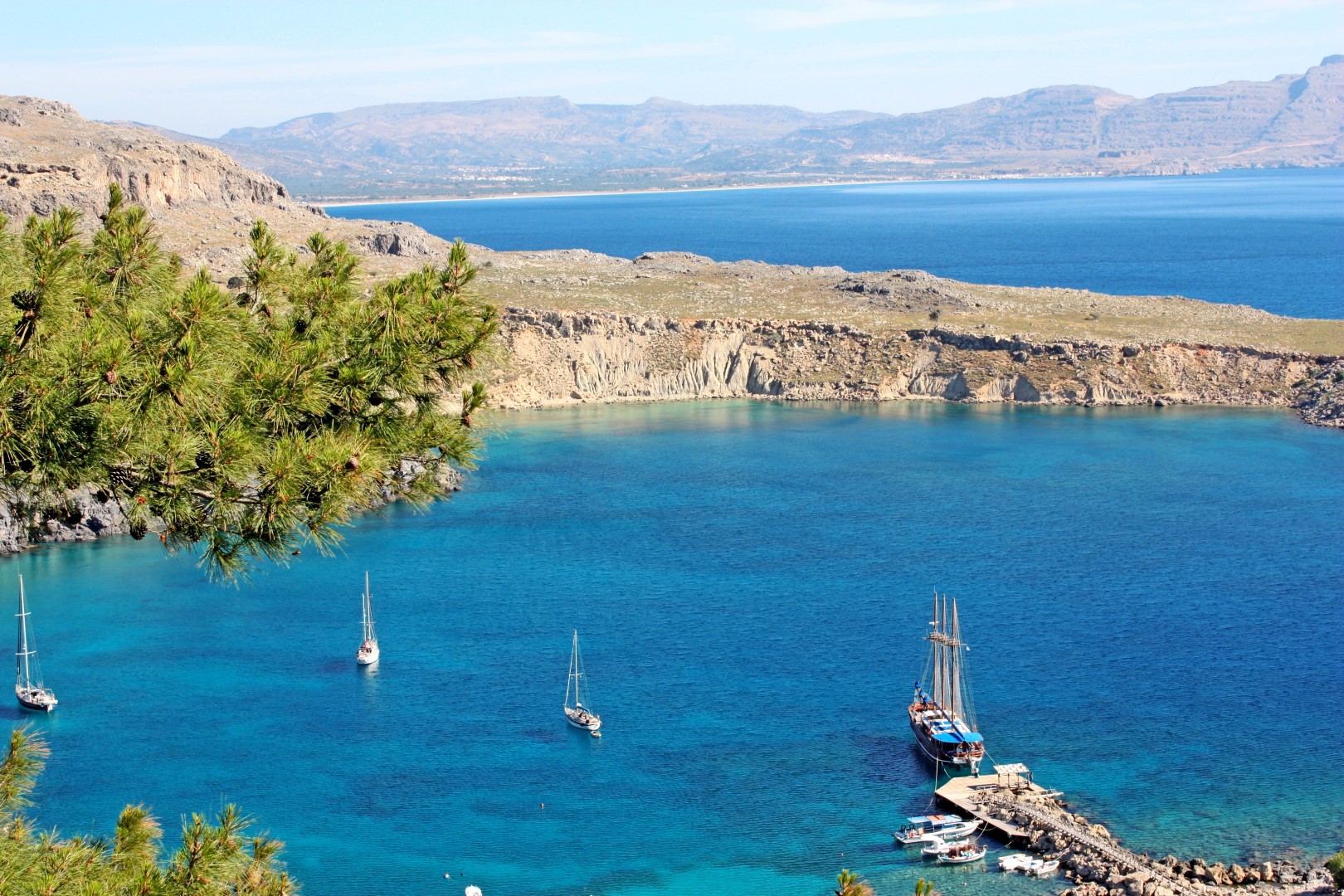 It takes some 25 miles sailing SE to the Rhodes harbor, on the N end of the island, where marina is suggested place to end your journey. World famous Colossus of Rhodes, once the largest known statue, erected at the entrance of the port, was considered one of the Seven Wonders of the Ancient World. Sadly, the statue was destructed in the earthquake in 226 BC, but the medieval Old Town has been declared a World Heritage Site. In case that you agreed with your charter company an one-way-charter, your stay at Rhodes does not have to be limited to only one night.

I wish you a calm sea, fine wind and a strong mast!