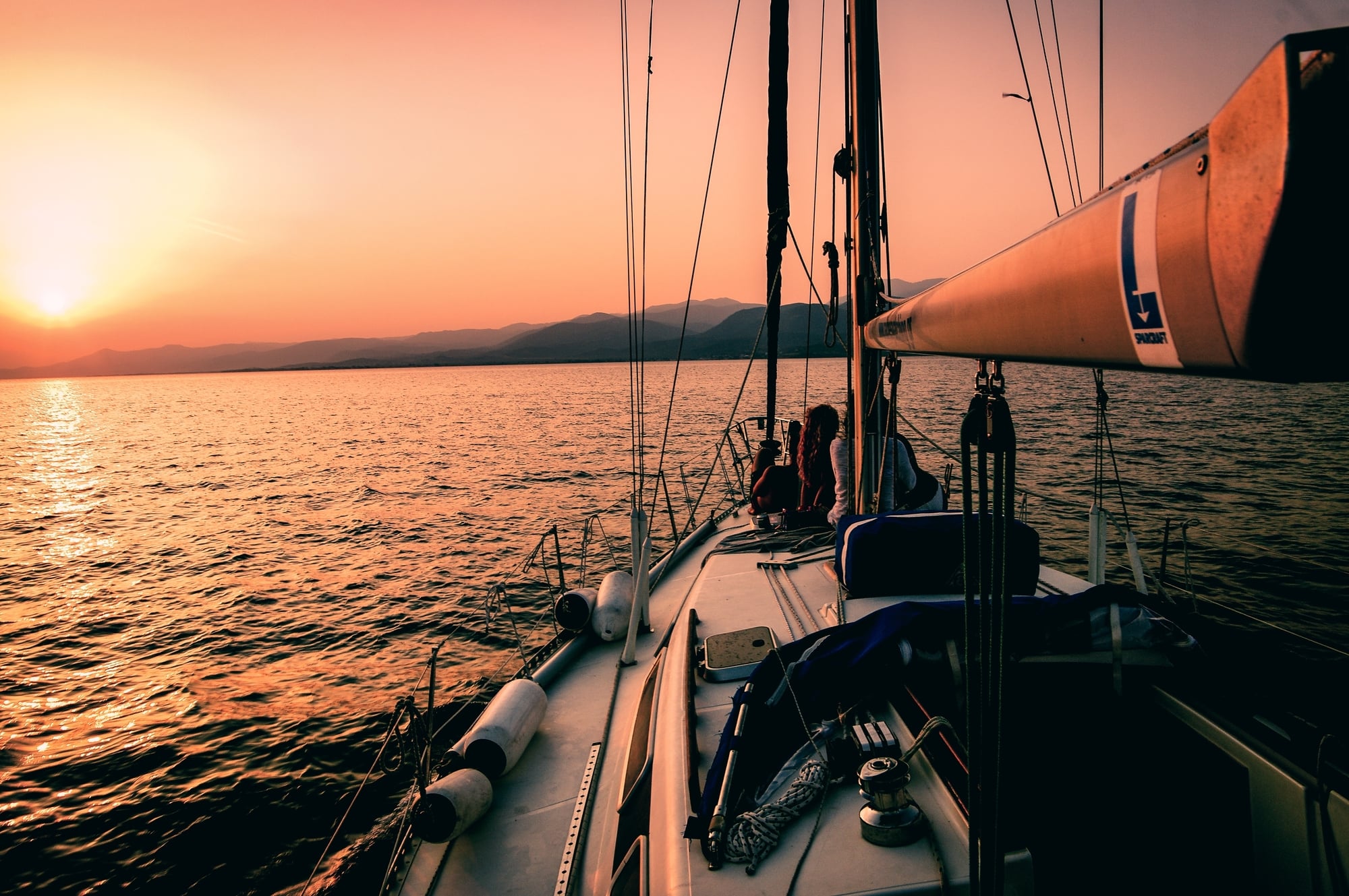 One might say that sailors are superstitious beings. It is not far from the truth. But I believe nowadays it's much better than was back in the olden days. Back in the day, sailors had no other option really. Sea, being unpredictable as it is, could easily claim life of the whole crew if the captain wasn't careful. So having a good captain was a must. And besides having a great captain, avoiding any possible chance of bad luck was almost as important. Here's where sailing superstitions come in. That's why sailing and superstitions were companions since the beginnings of sailing.

Some of these sailing superstitions might seem crazy to you, but for most of them, there's pretty good reason how and why they people stared believing in them in the first place. Others, I admit, are a bit weird and their explination got lost somewhere in the history. However, most of them are now just a reminder of the past. You would rarely see a sailor nowadays believing in these superstitions. And there is a good reason to it.

The main reason is the advance of the technology. Having the most modern technology, sailor didn't have need to be superstitious anymore. It is because they could completly rely on their technology. Talking about the technology, it is important to say that shipbuilding advanced aswell. Today, ships aren't as fragile as they once were. They are capable of enduring any kind of weather conditions, but most captains avoid risks if not needed.

And if you're ready to try out some of them first hand, charter a yacht and see if these sailing superstitions really work.

What would a sailor be without the sea? Probably not a sailor. What I am trying to say is that sea and sailing are two things that one can never go without the other. That being said, a sailor must always know the sea and where one is sailing. Knowing the sea and its nature are crucial to any sailing endeavor because the weather can change in a split second and you can find yourself in a big trouble in no time. You can even endanger your life and life of your passengers.

And sailors throughout the history knew exactly that. That unreliable nature of the sea. And from that, a lot of superstitions came forth. Some are so old that their meaning and the reasons why they were invented got lost somewhere in the history, while others are connected to certain historic events. Here are some of the most famous ones that sailors respect believing the sea will be kind to them. Some of them bring good luck and some bring bad luck.

For instance, it is forbidden to whistle onboard. At least it was in the olden days because it was believed it encourages the winds. However, the cook was apologized from this because as long as he was whistling, he was not stealing food. To whistle means to challenge the wind itself. That is the reasons sailors avoided whistling onboard.

2. Leave the Bananas on the Land

This superstition can be connected to a certain historic event. It goes back to 1700 when trading between Spain and the Caribbean was all time high. A lot of ships that went missing from that era were carrying bananas. It may be a coincidence, but there may be a few scientific reasons to back this up. One reason is that bananas were spoiling quickly. So, the ships had to travel fast and the fisherman were never able to catch anything while carrying bananas onboard. Some say that when bananas are spoiling, they make deadly and toxic fumes. The last (that we are going to mention) was that sometimes a deadly tropical spider could be found in banana bunches. And their bite would kill seamen instantly.

All of that made bananas not welcome onboard. Some sailors even avoid any sunscreen smelling like bananas.

However, if you get hungry while sailing, don't forget some of the best sailing recipes.

3. Women are Not Allowed Onboard

A superstition that was really followed in the history, today is just an ancient memory. The women were not allowed onboard because they were thought to distract the crew from their duties. This kind of behavior would enrage the sea and make it take revenge upon the ship. However, naked women were welcome onboard. They calmed the sea. That is the reason a lot of older ships had a figure of topless woman on a bow.

4. Avoid Sailing out on These Days

There are certain days when you should never consider sailing out on. For instance, Fridays should never be and option. Fridays are bad because Jesus was crucified on a Friday. Also, avoid Thursdays. Thursday is a Thor’s day, and Thor is a god of thunder and storms - pretty logical why not to sail out on a Thursday. Another two days bring bad luck. First Monday of April because Cain slew Abel on that day, and second Monday of August because that is when the kingdoms of Sodom and Gomorrah were destroyed.

Maybe that’s the reason the practice of sailing out in Saturday came to be. Most of the charter agencies are renting their yachts from Saturday to Saturday.

Nobody knows why, but seeing the dolphins is a sign of a good luck. Maybe simply because people like dolphins. However, the sightings of dolphins always bring a smile to a person’s face, so it kind of translated to bringing good luck while sailing, too.

Although in many cultures a black cat symbolizes bad luck or misfortune, sailors believe otherwise. So, there was even a certain practice in the olden days where sailors would adopt a black cat and make it a ship’s cat. They usually took black cats as they were the easiest to find because people were scared of them. And there was also a good logic behind adopting a cat on the ship. The cat would eat and kill all kinds of rodents that would spread diseases and damage the ropes. So, cats were pretty useful.

An interesting information is that Egyptian cats spread their DNA this way. The study conducted in 2017. concluded that that is why we have so many cat breeds nowadays and that this is the way first Egyptian cats came to Medieval Europe.

Besides that, we have already written how sailing with a pet can be a great deal of fun.

Sailors believe that seabirds carry souls of dead sailors. Therefore, quite naturally, killing one is strictly forbidden. However, seeing an albatross would mean good fortune and that a dead sailor is looking after the ship.

4. If You Have Earrings, You Wouldn’t Drown

Back in the day, earrings and jewelry were not just fashion. They were also carried for a certain reason. The reason is because seamen with pierced ears wouldn’t drown. There is also a practical reason for wearing gold or silver earrings. If the sailor died during the expeditions, jewelry would be sold to pay for his funeral costs.

In conclusion, sailors did everything in their power to protect themselves while out at the sea. They were doing their best not to anger the sea and tried to make their journey as safe as possible. That is the reason why all these superstitions were made in the first place.

But, if you are not a fan of superstitions and prefer facts, do we got a treat for you. Find out which are some of the best seas for sailing so that all these sailing superstitions would find themselves usless. Here we will discuss some of the best seas in the world for sailing, why and when should you go sailing there to make your sailing holiday as pleasurable as possible. And if you combine that with a few sailing superstitions, there is nothing that could possibly go wrong!