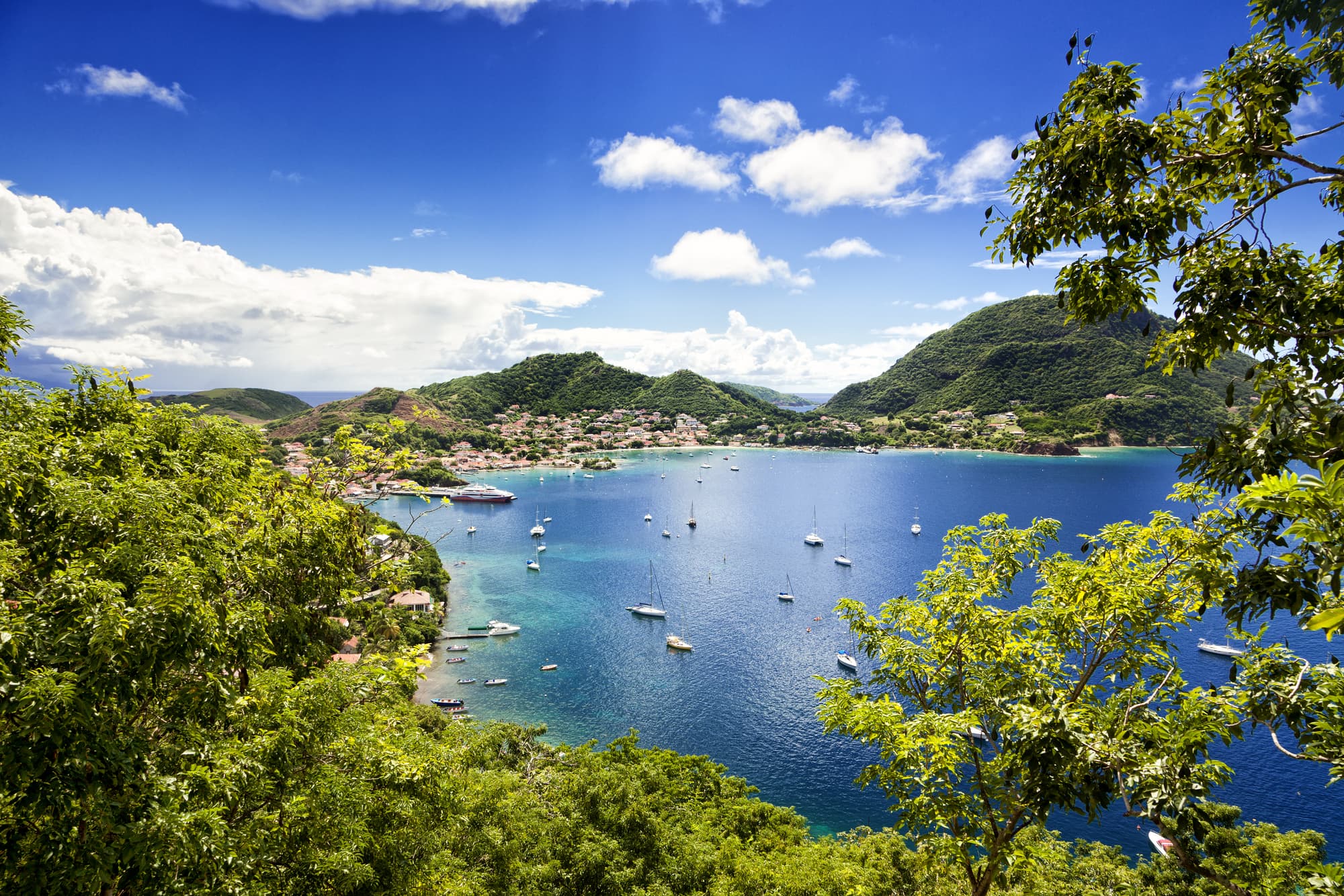 The Caribbean islands are worldwide known for their sandy beaches, crystal clear sea and beautiful private resorts. But there are some of them which offer a bit more compered to the others. To help you make the decision which island to visit in 2019, we decidated to bring you a List of top 10 Caribbean islands.

Where are the ABC Islands?

The ABC islands are the three western-most islands of the Leeward Antilles in the Caribbean Sea that lie north of Falcón State, Venezuela. Venezuela is 15 miles for Aruba, 50 miles for Bonaire, and 40 miles for Curaçao. That said, they differ greatly from Venezuela because of their history and governmental structure.

What are ABC Islands known for?

All three ABC Islands lie outside of Hurricane Alley, meaning they are protected from the storms that have devastated much of the Caribbean. The tiniest of the ABC islands is Bonaire: a destination best known for its exceptional coral reef diving opportunities. Curaçao is known for it's strong european influences in housebuilding. All three islands have different currencies. Curreny on Aruba is Arubian florin, on Bonaire US dollar and on Curaçao Netherlands Antillean guilder. People on the islands speak Papiemento language beside English and Spanish. They deserve to be on our lsit of Top 10 Caribbean islands.

Where are Turks And Caicos?

The Turks and Caicos Islands lie southeast of Mayaguana in the Bahamas island chain, northeast of Cuba, and north of the island of Hispaniola (Haiti and the Dominican Republic). Cockburn Town, the capital since 1766, is situated on Grand Turk Island about 1,042 kilometres (647 mi) east-southeast of Miami, United States. The islands have a total land area of 430 square kilometres (170 sq mi). Islands that make up Turks and Caicos Islands are Salt Cay, Great Turk, South Caicos, Eastern Caicos Central Caicos, North Caicos, Providenciales and Western Caicos. East Caicos and West Caicos are not inhabited. The island is part of the British overseas territories.

What are Turks And Caicos known for?

The Turks and Caicos Islands are named after the Turk's cap cactus and the Lucayan term caya hico, meaning 'string of islands'. The official language of the islands is English and the population also speaks Turks and Caicos Islands Creole which is similar to Bahamian Creole. Due to its close proximity to Cuba and Hispaniola, large Haitian Creole and Spanish-speaking communities have developed in the territory due to immigration, both legal and illegal, from Creole-speaking Haiti and from Spanish-speaking Cuba and Dominican Republic. They are known primarily for tourism and as an offshore financial centre.

The list of top 10 Caribbean islands cannot be complete wiithout Barbados, one of the most multifaceted Caribbean islands. In this beautiful islands you can find wide range of different activities and accommodations. In 1966, Barbads became an independent state and Commonwealth realm. Even though Barbados is in Atlantic ocean, it is considered to be part of the Caribbean.  It has a lot to offer for visitors of every budget. One of the oldest and most famous cities in Barbados is Bridgetown, which dates back to the 17th century. On 2011, Bridgetown was added as a World Heritage Site of UNESCO. Moreover, they definitely deserve to be on our list of Top 10 Caribbean islands.

Where is Barbados located?

Barbados is located in the Atlantic Ocean, east of the other West Indies Islands. Moreover, Barbados is the easternmost island in the Lesser Antilles.

What is Barbados known for?

One of the island’s most spectacular attractions is Harrison’s Cave, an amazing formation that can be seen on a tramway. Rihana, one of the most famous singer in the world, is from Barbados.

One of the most important and well known Caribbean islands is definitely Cuba. This beautiful island  is a sovereign state and a founding member of the United Nations. Havana, capital city of Cuba, is definitely a most see location with its authentic charm. Moreover, Cuba offers up picture-perfect beaches at Varadero and whole landscape of  beautiful mountains. Even though its part of the Caribbean islands, Cuba is considered to be part of Latin America.

Where is Cuba located?

What is Cuba known for?

Ona of the most known products coming from Cuba are definitely „cigars“. They are worldwide famous Cuban product and whole tobacco industry is third largest in Cuba.

Saint Lucia is a sovereign island country. The island was previously called Iyonola, the name given to the island by the native Amerindians and later, Hewanorra, the name given by the native Caribs. It covers a land area of 617 km2 (238 square miles) and reported a population of 165,595 in the 2010 census. Capital of St. Lucia is Castries. The currency used on St. Lucia is US dollar.

Where is St. Lucia located?

St. Lucia is located in the West Indies in the eastern Caribbean Sea on the boundary with the Atlantic Ocean. Part of the Lesser Antilles, it is located north/northeast of the island of Saint Vincent, northwest of Barbados and south of Martinique.

What is St. Lucia known for?

St. Lucia is known for it's geology. Peaking with the mighty duo of the Pitons, or rising to a whopping 950 meters with the jungle-dressed Mount Gimie at its heart. St. Lucia is also known for having a bubbling volcanic springs and mud pools, forever carving and changing the interior of the island around Soufriere. And talking of little Soufriere on the south coast, it’s here that travelers will discover the gorgeous cove of Anse Chastanet, hidden between cliffs and promontories and clusters of coastal waterfalls. The north of the island hides beauties too. Like the golden powder of Reduit Beach and the strong bulwarks of Pidgeon Island National Park – home to fortresses raised by the British during the Seven Years’ War.

Guadeloupe, sometimes known as the Butterfly Island, on account of the shape of two of its major islands, is a group of islands in the eastern Caribbean, and is a French overseas department. It is made out of 6 islands: Basse Terre, Grande Terre, Marie Galante, La Désirade, Petite Terre and Les Saintes. Basse-Terre is Guadeloupes capital and currency is Euro.

Where is Guadeloupe located?

It is located southeast of Puerto Rico. Located in the continent of the Caribbean, Guadeloupe covers 1,628 square kilometers of land, making it the 185th largest nation in terms of land area. This beautiful island is a dependant territory of France. The population of Guadeloupe is 405,500 (2008) and the nation has a density of 249 people per square kilometer.

What is Guadeloupe known for?

This Caribbean island is known for it's nightlife and for having the tallest mountain in the whole Lesser Antilles chain. Grande Terre is where travelers find the heady nightlife and stylish fashion outlets, giving way to the shimmering beaches of Caravel and the haunting graveyards of Morne à l’eau. Basse Terre, the larger of the two isles, is a wilder place. Dressed in jungle that springs in one thousands shades of green from the volcanic soils, it’s cut-through by countless waterfalls, towered over by the mighty tops of La Grande Soufrière and peppered with ancient Arawak archaeological sites.

Dominican Republic is the second largest and most diverse Caribbean country. It occupies more then half of the Caribbean island of Hispaniola. Due to its tropical maritime it is „a must see“ location for many sailors and travelers. It is a well connected with United States which is the main reason why so many American people tend to travel on this beautiful island. Sunny sand beaches, palm trees and private resorts attracts so mane tourists there. The capital city of Dominical Republic is Santo Domingo and it it prides itself in being the first European city in the New World. Dominican Republic is in the middle of the hurricane belt so it is better to avoid this Caribbean island from June to October.

Where is Dominican Republic located?

The Dominican Republic is located on the island of Hispaniola, between the Caribbean Sea and the Atlantic Ocean. It shares a land border with only one nation: Haiti.

What is Dominican Republic known for?

This beautiful Caribbean archipelagic state consists of more than 700 islets, islands and cays. Only about 30 islands are inhabited. The capital city of the Bahamas is Nassau, famous harbour and tourist destination. The Bahamas became an independent Commonwealth realm in 1973 with Elizabeth II as its queen. More recently, it the Bahamas became sttlement for rich people, their yachts and slappng poker chip industry.

Where is the Bahamas located?

What is the Bahamas known for?

The Bahamas is famous for it's historical sites, warm weather and beautiful beaches.

What is St Vincent and the Grenadines known for?

St. Vincent and The Grenadines is known for it's beaches, the oldest botanical gardens in the Western Hemisphere, fort Charlotte, active volcano La Soufriere and Amazona Guildingi birds.

St. Vincent and The Grenadines is known for it's gold, black and white sand beaches. There are also the oldest botanical gardens in the Western Hemisphere which have been founded in 1765. Fort Charlotte is a landmark of St Vincent and The Grenadines. Overlooking the Kingstown Harbour the fort was completed in 1806, built to defend the country during the struggle for Colonial supremacy. Active volcano on St Vincent (La Soufriere) that last erupted in 1979. The volcano rises to 4,048 feet. It is the largest of the 3 craters that are present at the summit of the volcano, the other 2, the Somma and the 1812 crater, both presently dormant. The Amazona Guildingi or the St Vincent Parrot is the National Bird.

Where is Saint Vincent and The Grenadines located ?

As one of the most famous islands in the world Jamaica is also considered to be one of the most beautiful ones. This tropical paradise has nearly perfect climate - mild climate year round with an average temperature of 27 degree Celsius. Jamaica has a lot of all-inclusive resorts so you don't have to worry about finding your place on this Caribbean island. Jamaica also has a lot of impressive paradise beaches. Most of those beaches are very clean, and most importantly, there are a lot of private beaches so you can enjoy your private holidays with your loved ones. Those are famous white silky sand beaches. Moreover, there are some beaches in Jamaica that offer some adrenaline sports. Stunning sunsets and rich sea food offer can be found nearly on all of the mentioned beaches.

are covered with white silky sand. Moreover, there are some beaches in Jamaica that offer some adrenaline sports. Stunning sunsets and rich sea food offer can be found nearly on all of the mentioned beaches.

Where is Jamaica located?

Jamaica is an island country located in the Caribbean and it is part of the Greater Antilles. Jamaica is in the West Indies archipelago of islands between United States and northern South America. The island is located at latitude 17 degrees North and between longitude 77 and 79 degrees West.

What is Jamaica known for?

Even though Jamaica has a lot of beautiful beaches and stunning sunsets, they are known for its music and culture. There are a lot of different music genres in Jamaica such as dub, reggae, ska, mento, rockteady and reggae fusion.